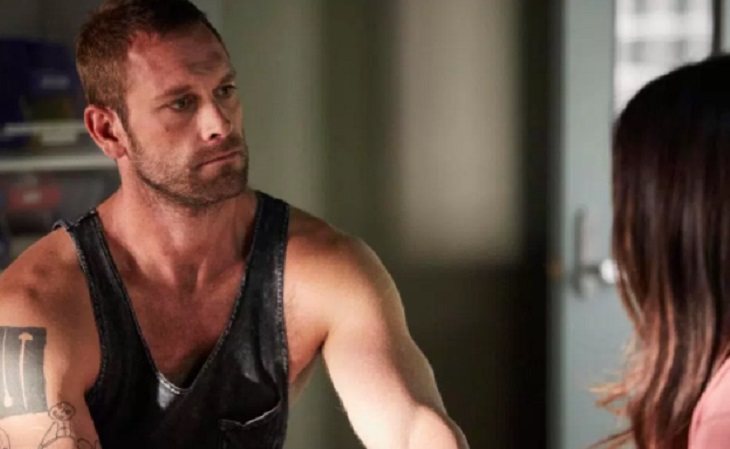 Is Home and Away really about to lose two of the most gorgeous human beings ever to frolic on the shores of Summer Bay?

Not one but two beautiful people may be exiting in the coming days. While fans know about one departure, is a second exit about to take everyone by surprise?

Scarlett Snow (Tania Nolan) wasn’t in town long before her and Justin Morgan (James Stewart) starting kicking up the sand together.

Now it looks like her ride off into the sunset will be with her estranged hubby, not the hunkalicious Justin.

Justin had been willing to let things between Scarlett and her hubby ride while they spent more and more time together. But every man has a limit, and Justin finally realized his.

He’ll tell Scar that he can’t stomach their arrangement anymore, and that she needs to realize who her heart really belongs to.

After considering his words, the lovely blonde sees the light and tells Justin that it’s been fun, but I gotta run.

Although Justin was strong when he confronted Scar, how will he react when reality sets in and he’s all alone once again?

Meanwhile, has amnesiac Robbo’s (Jake Ryan) tumultuous time come to an end in the Bay? He and his girlfriend Kat (Pia Miller) met when she arrested him. Aw!

But things have been a little bumpy since then, the latest being a thug from his past trying to bomb his and Kat’s recent outing together.

When Robbo wins a trip to the outback, the couple invite Justin and Scarlett to tag along. All is fun and games until Robbo realizes he’s being followed, and then finds a bomb.

Determined to get to the bottom of the scary situation, Robbo hacks into Kat’s police computer. She gives him the riot act when she finds out, and he goes home and packs a bag, intent on leaving.

Is this the last Kat has seen of Robbo?

Sexiest Daytime Actors On Soaps: Vote For Which Actor Is Your Hottest Hunk!