Home And Away Spoilers: Roo Gets Shocking Pregnancy News – Will She Keep The Baby? 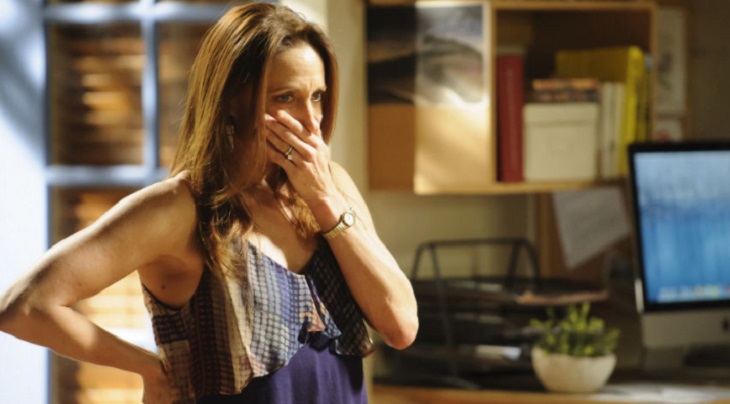 On “Home and Away,” Roo receives the shock of a lifetime when her test results come in. But perhaps the bigger shock lays ahead; will she make a final, can’t-take-back decision about her health and welfare?

After Roo fainted, it was James who woke her. Alarmed at the condition he found her in, James insists that she seek medical attention. Roo tries to assure him that it was nothing to worry about, but James is insistent, and Roo agrees to have tests done.

After listening to Roo’s side of the story, the doctor tells the pair that her fainting was likely due to low blood sugar, and draws a blood sample.

Later, Morag asks if Roo is in menopause. At first the lovely lady thinks he was rude for asking, but eventually she looks up her symptoms and the puzzle pieces seem to fit. Roo confides in James her suspicion that she could be experiencing menopause.

She was unsure how he would respond, but James’ reaction comes as a welcome relief. It turns out that he’s not unhappy, since he never wanted kids. Before the test results come back, Marilyn pops by to see Roo. She confides in her that she is concerned about her future, with John being in prison. During her last visit, she saw a violent side of him that makes her wonder if she really knows the man.

Then the newspaper is delivered and the two women are dismayed to see John’s picture in the front page, with news about his recent behavior. Later she is introduced to James, and he turns on the charm although he clearly recognizes who Marilyn is. It’s discussed that James is a newspaper photographer, and soon afterward Marilyn has an unsettling revelation; James was the photographer behind John’s unflattering photo in the paper.

Related: Home And Away Spoilers: Ash And Kat’s Relationship In Trouble – Split In The Near Future?

When the truth comes out, Roo is outraged that James would do such a thing and storms out. The day turns darker when she receives her test results: she and James are now due to have a baby!