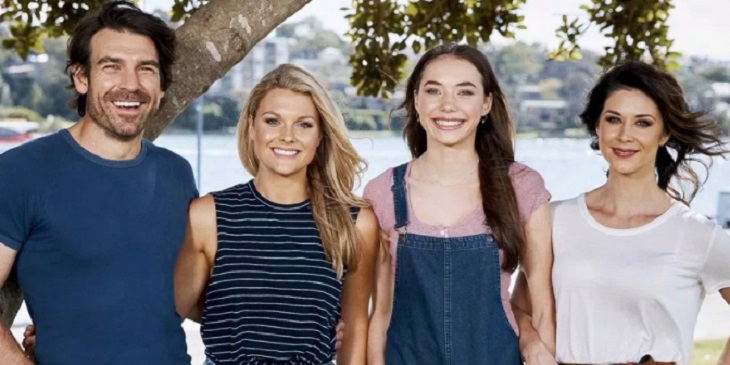 Come July a bold and beautiful new family will set about shaking things up in Summer Bay. As if life on the hit Aussie soap, “Home and Away” wasn’t already hot and sizzling!

“Home and Away” spoilers tease that fans can look forward to the gorgeous Astoni family setting up residence in the Bay this summer. R

Related: Home And Away Spoilers: Roo Gets Shocking Pregnancy News – Will She Keep The Baby?

The family was first seen in January, in what are believed to be their debut scenes. Loyal fans with excellent memories may also remember seeing Nichol on their screens in the past.

Way back in 2004 the actor played Stafford McRae, the personal assistant to Tasha’s father Ian Osbourne.

Showrunners have indicated that the nuclear family will be made a part of the main cast, something that hasn’t happened for nearly 20 years, when the Sutherland family were brought on to the sudser. Of course fan speculation has ramped up in anticipation of the family’s arrival. Thanks to advance filming, viewers know that younger sister Coco almost loses her life during a surfing lesson.

Happily, the floundering girl is rescued by VJ! The young couple’s fortuitous interaction has sparked speculation that VJ and Coco are set to become an item. What will her parents have to say about that? Then again, there are rumors going around that Coco becomes infatuated with VJ, but her obvious interest is not returned!

The Astoni’s will first appear on Australian television screens in July, with UK viewers getting their first glimpse of the new family unit a few weeks later. What do you think the newcomers will get up to when they set foot in Summer Bay? And what sorts of drama and intrigue might they bring with them?

The Young and the Restless Spoilers: Cane Has Time To Come Clean – Juliet’s Lies Also Problematic