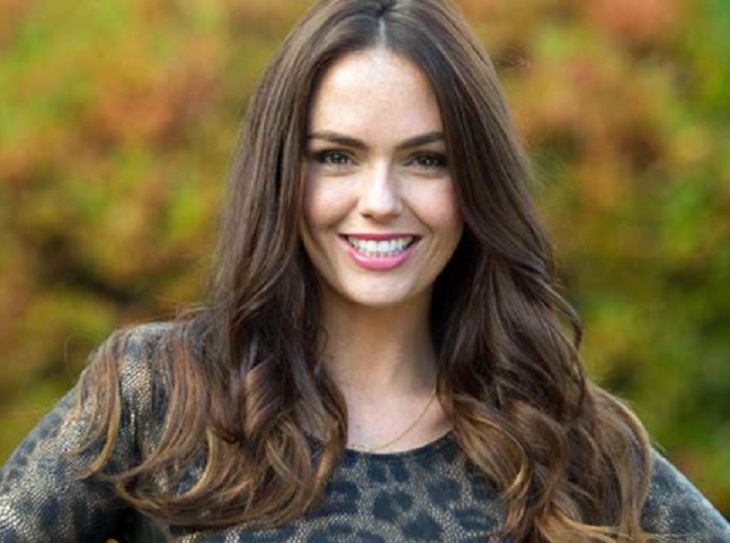 Jennifer Metcalfe left Hollyoaks in July for maternity leave, and now we finally have a timeframe for when we can expect to see her kicking up the dust again as mischievous Mercedes McQueen.

The lovely brunette was interviewed recently at the Inside Soaps Awards show, and she spilled some fantastic details while on the red carpet.

Metcalfe revealed that she is set to return to filming in June. So just when will fans catch their first glimpse of Mercedes? Likely at summer’s end.

But in the meantime we can catch you up on what the talented lady, and first time mom, has been up to!  Metcalfe gave birth to her beautiful son Daye Colmic Lake on June 20th not long after starting her maternity leave.

Her baby’s father is her longtime partner, Geordie Shore star Greg Lake. Little Daye’s middle name, in wonderful soap fashion, is a smush up of her late father Colin’s name, and Mick, her partner’s father. Aw!

The gorgeous star told The Metro that she’s been enjoying life as a new mom but feels that she will be ready and prepared when it’s time to get back to shooting her role on the popular sudser.  She excitedly relayed how much her life has changed since giving birth, including diaper duty!

Metcalfe debuted on Hollyoaks in June 2006. In February 2015 her character was killed off, but in that time honored soap show tradition, Mercedes was later discovered to be alive and breathing.

From 2008 to 2012 Metcalfe was a part of the Hollyoaks spin off, Hollyoaks Later.  Her television credits include Where The Heart Is, At Home with the Braithwaites, and My Parents Are Aliens. In 2002 Metcalfe appeared in the competing soap opera Emmerdale, where she played Jade Nicholls.

Metcalfe competed in the sixth season of ITV’s Dancing on Ice, where she was eliminated third overall.

Welcome back Jennifer, we can’t wait to see you again!

The Young and the Restless (YR) Spoilers: Juliet Dies – Cane and Lily May Survive