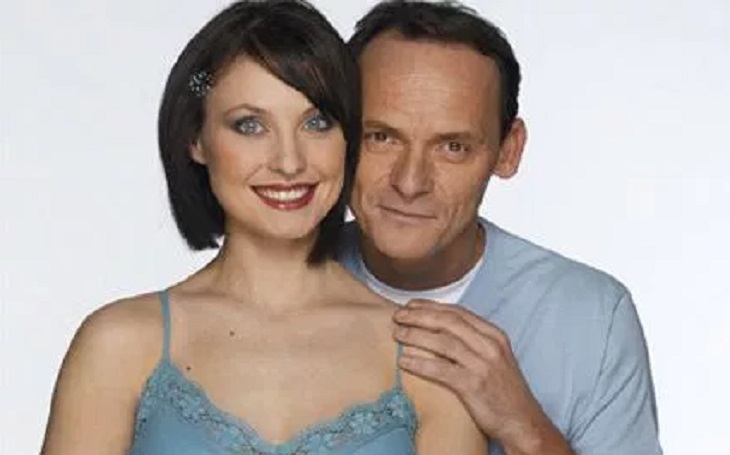 Just as you think romance on the square can’t get any weirder, it does. EastEnders spoilers tease that it won’t only be Billy Mitchell (Perry Fenwick) who breaks his wedding vows. But Honey (Emma Barton) will too. Frankly, it’s odd behaviour when their daughter is laying on hospital after a car accident.

It is rumoured that Honey will sleep with Jack Branning (Scott Maslen), he has been a source of support to Honey since she kicked Billy out.  He has helped look after her son and in a touching moment Jack tried to comfort him. All of which Honey was extremely thankful for.

Who knew this would be a possible romance, but it is possible. Jack lost the love of his life, Ronnie Mitchell (Samantha Womack) on New Year’s Day. She drowned in an epic stunt. So, he is currently romantically unattached, he is focusing mostly on his children. Honey however, is married to Billy, but earlier this week she kicked him out.

Honey believed it was his fault that their daughter was knocked over by a car. Which is not true as it was Tina Carter (Luisa Bradshaw White) who ran the girl over. In an ever-growing complicated plot, Billy will cheat on Honey with Tina. Although why he chose to sleep with the woman who put his daughter in hospital is a mystery to us all. Not to mention that Tina is a lesbian. Is this giving anyone else Midsummer Night’s dreams vibes?

It seems that the family is being torn apart by Janet’s (Grace Street) accident, not only is Janet’s condition unstable. But her parents have decided to sleep with other people when she’s in hospital. What will this mean for Billy and Honey? Will they split once they find out about each other’s cheating?

The Bold and the Beautiful News: Reign Edwards Gets A New Job