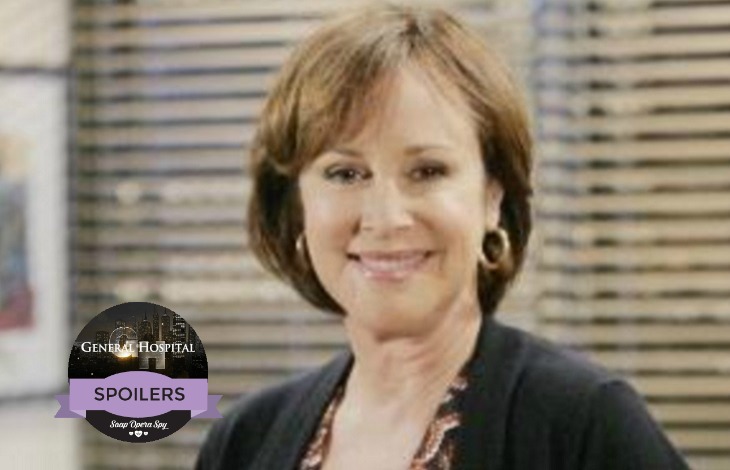 General Hospital (GH) spoilers reveal Hilary B. Smith will be arriving shortly in Port Charles as legal eagle, Nora Buchanan.  Fan of the ABC’s soap operas will recognize her as a star of the now canceled, One Life to Live (OLTL).

Sources have said that General Hospital is more than willing to bring on more of the characters from both OLTL and All My Children (AMC).  Nora’s appearance comes at the perfect time since there are several Port Charles residents in need of legal counsel.

Sonny Corinthos (Maurice Benard) may have been cleared from planting the bomb on Julian Jerome’s (William deVry) car that ultimately killed his own son, Morgan (Bryan Craig) but anyone who knows Sonny, knows he is always in need to legal advice.

Ava Jerome (Maura West) has just been accused of being the one who planted the bomb, and as General Hospital fans know the truth of her switching Morgan’s bipolar medications with placebos is bound to resurface since others know what she has done, including Scott Baldwin (Kin Shriner).  Lucy Coe (Lynn Herring) has held onto the pill bottle for her own selfish reasons, and since they have not been destroyed, danger looms over Ava.

Alexis Davis (Nancy Lee Grahn) may have Diane Miller (Carolyn Hennsey) by her side as she fights for her law license, but that isn’t her the only problem she needs to deal with.  Alexis has committed several offenses lately, including the drunken hit and run, almost killing her ex-husband Julian.

General Hospital’s Franco Baldwin (Roger Howarth) may be innocent when it comes to Tom Baker’s (Don Harvey) murder, but he is far from innocent.  He abducted Tom, locked him in a dog cage and tortured him; something he hasn’t had to answer for yet.

GH fans can be sure Hilary B. Smith will be a great addition as Nora Buchanan to General Hospital, and as you read she definitely won’t be scrounging for work in the legal department.

Be sure to tune into ABC’s General Hospital (GH) to see the arrival of Nora Buchanan and how she fits right in with the Port Charles residents.  Check Soap Opera Spy often for updates, news, rumors and spoilers!

‘The Young and the Restless’ Spoilers: Victoria Shuts Reed Down – Strong Mom Rules