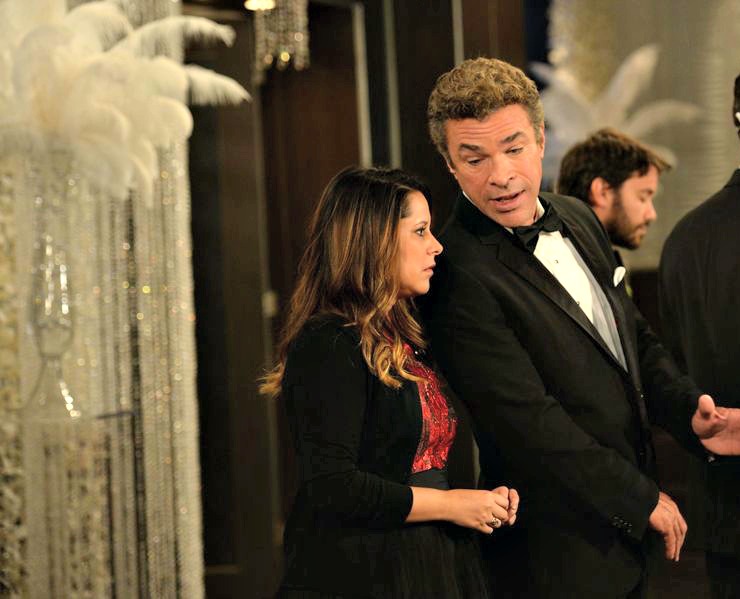 Could there be a brand new, baby-Scrub about to make an entrance on, “General Hospital?” There will be if doctors Robin (Kimberly McCullough) and Patrick Drake are pregnant!

Scrubs fans know that McCullough is about to be a first time mom in real life. Might her reel life reflect that reality?

Related: Agent Karl Reveals Info To Anna – Can She Handle The Truth About Valentin?

However, according to ABC Soaps in Depth, Robin is set for a return engagement! It seems that her mom, superspy Anna Devane (Finola Hughes) is human after all. When Anna experiences an upcoming medical scare, dutiful daughter Robin jets in to lend her support.

Could the emergency be linked to Anna’s ongoing feud with notorious Valentin Cassadine (Patrick Stuart)? Anna has been tormented by his ominous presence for months, and it was recently revealed that she and Val knew each other while Anna was in spy training at the WSB.

At the time Val was infatuated with up-and-coming Anna, but he was a mere analyst! Oh, and he was severely disfigured and practically locked away from view during that time.

Anna had conveniently forgotten all about their long-ago connection, but when Val suddenly reappeared, her stress level went off the charts. Could the effects of all that angst be catching up to her?

If so, what better way to take her mind off things, than with a second grandchild? According to GH exec Nathan Varni, a new baby Scrub for the Drake family has not been ruled out! When asked about the possibility of writing McCullough’s pregnancy into the show, Varni was evasive. “We’ll see … we’re still discussing it,” he said. Wow, that sounds like a definite maybe to me!

What do you think GH fans, is the stork about to make a brand new delivery to Robin and Patrick’s house?

‘The Bold and the Beautiful’ Spoilers: B&B 30th Anniversary Filming In Australia, Will Steffy and Liam Marry There?