‘The Young and the Restless’ Spoilers: Victoria Shuts Reed Down – Strong Mom Rules 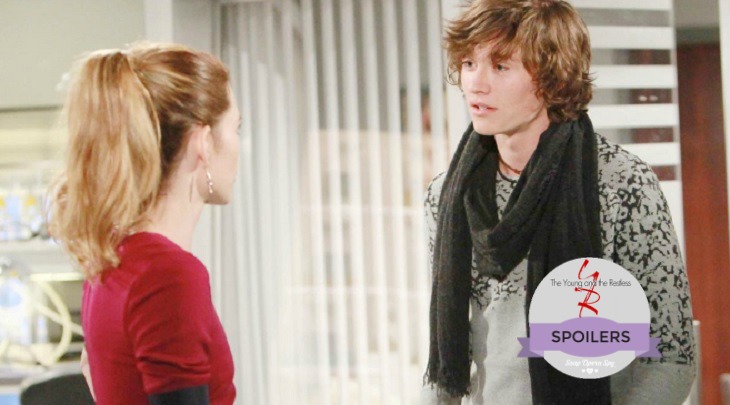 Vickie (Amelia Heinle) isn’t playing nice with Reed (Tristan Lake Leabu) on ‘The Young and the Restless’. She doesn’t believe in being friends with her child, as some misguided modern parents do. She’s his mother and he’s her son. Case closed.

To be fair to Reed, he’s been shipped back and forth from his parent’s homes through the years. His extended stay with J.T. (Thad Luckinbill) hit a snag at the end of 2016, which is when he decided to make his unauthorized way back to Genoa City. Clearly this young man needed structure and Vickie has been doing her best to provide that for him.

All reasonable minds wouldn’t suggest that Reed needs to be stiff-armed and sent to his room. Again, he didn’t create the broken family he came to be part of. However, the past doesn’t completely dictate what today’s rules will be either.

Until they become legal adults and unless there is some life-threatening situation in play, children should not have a full say in how their lives are run. Woodstocker’s have been misguided since the 1960’s and are still wrong now. Yet, many, if not all of those lost souls were (and are) likely pushing compassion through their ‘high’-minded messages. And that’s not all bad.

So, Reed kissing a girl in his mom’s house is very normal at his age. Doing what he did with Vickie’s credit card was reckless and rightfully stopped. Seeking Billy’s (Jason Thompson) advice about human development matters made sense. Following through on that discussion could have changed Reed’s life forever and therefore was thankfully blunted, for now.

Then, on the other side of town, Victor (Eric Braeden) is looking more and more like the sage of Wisconsin. Yes, he’s gone overboard on many occasions. Having Vickie and Billy (then played by Billy Miller) arrested on their wedding day was one of the Moustache’s worst family-related efforts. But extremely vetting every one of his children’s potential soul mates now seems smart in retrospect, as Vickie now understands. Someone cue the flashback scenes and keep an eye on Reed as they roll.

Soap Opera Spy is a leading source for everything linked to ‘The Young and the Restless.’

‘The Young and the Restless’ News: Steve Burton Talks His New Adventure