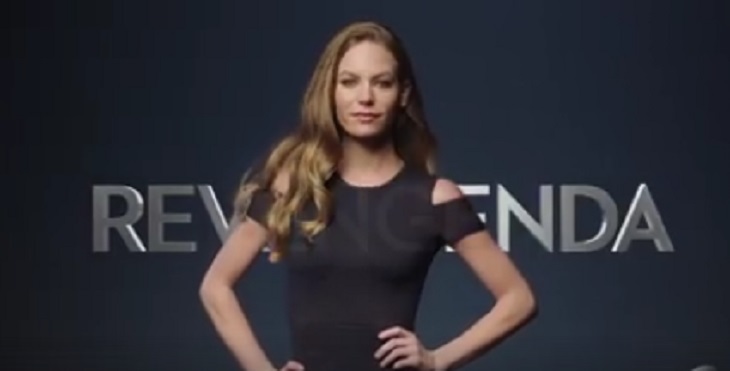 The newest ABC General Hospital video promo teases “The girl with a revengenda, everyone loves to hate, but there’s something no one knows about Nelle.” Well, hopefully we will all soon learn just what it is that no one knows.

In the video you see Nelle Hayes saying “She deserves everything that is coming to her.” It does not take a genius to know that she is talking about Carly Corinthos, but what her problem is with her still remains a mystery. So GH fans what do you think the connection is between Nelle and Carly? Why is she trying to get revenge on her?

In the video it also shows an old clip of Bobbie Spencer (Jacklyn Zeman) telling Nelle “I got your number missy.” Bobbie is definitely onto Nelle and knows that she is up to something, but how far will she go to prove it?

Spoilers indicate that Bobbie Spencer makes a call for help. She will enlist someone to help her to call out Nelle for the lying little witch that she is. She will protect her daughter at all costs. Nelle has met her match when it comes to Bobbie Spencer and if only Carly Corinthos knew what she was up to, she would not have a chance.

Spoilers also indicate as Nelle Hayes and Michael Corinthos (Chad Duell) grow closer, her determination to destroy Carly’s life begins to waver. So could her plans for Carly change? This storyline has been going on for quite some time now and it needs to come to a head before fans lose interest. Do you GH viewers agree?

Stay tuned to ABC’s General Hospital to see how the storyline between Nelle and Carly plays out. Don’t forget to check often with Soap Opera Spy for all your latest General Hospital spoilers, news, updates, and much more.