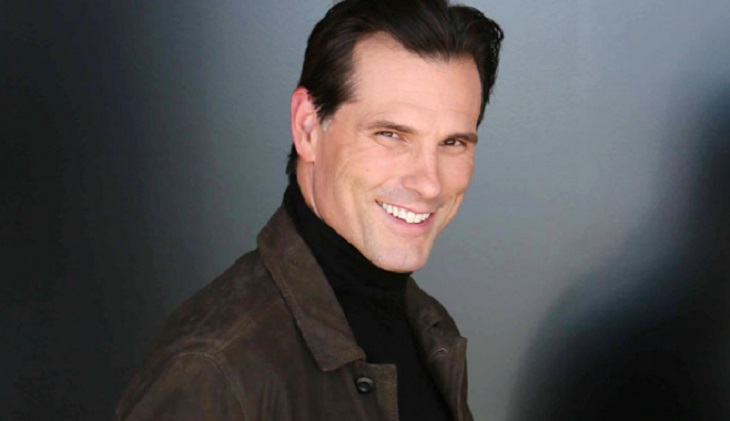 We have often joked that there is more drama behind the scenes of soap operas than the cast members act out on-screen.  Daytime Emmy Award-winning producer Sonia Blangiardo knows all too well the drama that occurs behind the soaps after working on “As The World Turns,” “One Life To Live,” and “All My Children,” and she created an addictive new series, coined a soap within a soap, called “Tainted Dreams.”

Peck is currently appearing on as Austin Reed on “Days Of Our Lives.”  He is also well-known for his roles as Brad Snyder on “As The World Turns,” and Rick Powers on “One Life To Live.”

We had the pleasure of chatting with Austin about his stint on “Tainted Dreams” and the DOOL star was amazingly candid and open about the new series, and his previous daytime roles.

Austin kicked off the interview by explaining that the very talented Sonia Blangiardo “put in to practice an idea that a lot of people have been talking about for a very long time, creating a soap that focused on the drama that occurred behind the scenes of a daytime soap opera. I think a dramedy about a soap opera is the best way to describe it.”

Would you say that there is that much drama on real-life soap sets as what was depicted on “Tainted Dreams?”

“Oh, absolutely, 100%.  Think about the dynamic you have with working on a show, you have the crew, which is really the lifeblood of the show, and they make the show work on a day-to-day basis.  You have the writers, who do their job, and the dynamic between them with the directors and producers.  Everyone has their own jobs to do, and positions and powers, and you have the actors.  All these people from different backgrounds and disciplines are kind of day in and day out living with each other and it creates this motley crue of drama possibilities.” 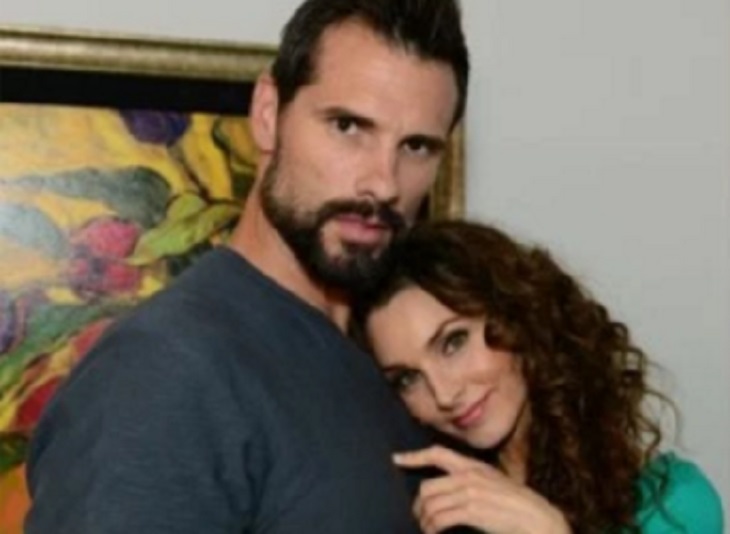 What kind of drama have you been involved with on the soap sets that you have worked on?

“I remember I had this scene on As The World Turns, with this actor, in the scene there was supposed to be a little bit of confrontation.  And I told him, when you grab me, I am going to do something and I don’t know what.  I am a reactor.  And you know, he got upset and said that wasn’t in the script.  He didn’t like it because I think he felt he wasn’t in control.  He started to really get his dandruff up because I was new on the show and bullied me.  That was a big mistake.  I had to let him in know in very, sly but direct terms that I would have to kick his a–.  I should have just kept my mouth shut, I’m just not the kind of person that is cool with that.  Things like that, and that is just one of my stories, each show has its own dynamic and flavor.  There’s a very different vibe between the different soap operas, like Days Of Our Lives and One Life To Live.”

Speaking of One Life To Live, do you think now that the Prospect Park lawsuit has been dismissed there is any chance of them bringing that soap back or bringing some of the characters to GH?

“Well, I don’t know.  I really have absolutely no idea, I don’t have an opinion on that.”

You’re back on Day Of Our Lives for the moment as Austin Reed, fans are concerned that the NBC soap could be nearing cancellation.  Do you think the show is cemented in daytime, or should we be worried?

Well, I don’t know.  But, I can tell you that a lot is changing in just media, entertainment, technology, there is an antiquated aspect and there needs to be evolution.  How that evolution necessarily happens I don’t know.  My desire is that the show will always be there because it is such a staple, Days is one of those shows that have like a cult following.  My grandmother watched it, my mother watched it, I watched it.  There aren’t many shows like that and Days has always been like that, more than most shows.  They used to always win the People’s Choice Awards and Soap Opera Digest Awards, the fans helped them win. I really would not want to be the person that has to replace Days, they would probably be stalked.  That’s why I think that Tainted Dreams is in relation to the genre a great evolution.

Are there plans for more episodes of Tainted Dreams?

That is the question.  I’m not 100% sure how Amazon does it.  There was a little bit of a hi-jacking, that’s why it took so long to get it on Amazon, finally Sonia was able to get it back and they moved really quickly to get a home for it.  Unfortunately, it’s like 3 years later, Sonia would have had it come out a long time ago.

How do we keep the soap opera genre alive?  I think it’s Tainted Dreams, it depends on the amount of viewership we get and how many people we get interested in it.

A lot of soap actors are branching out more into online soaps like Tainted Dreams, would you say that prefer working on online soaps or regular daytime soap operas?

I have kind of done all of the above, the only thing that I haven’t done is big budget shows.  I’ve done independent shows, theater, commercials, primetime, I’ve kind of been there and done that in a sense.  I’ve been on the set of big budget movies and it is kind of like watching paint dry.  So, it’s a different vibe with soaps, it’s a different world.  I’m just an actor.  People say I’m a soap actor, okay fine.  If I can make a living doing soaps for the rest of my life, I’ll do it.  If it’s for a Hulu show, or Netflix show, or whatever I will do it.  I mean I’m not a prostitute and there are certain things I’m not willing to do.  And, also I have children, if it’s something I wouldn’t want them to see, then I would have to think about that.  With me, I’m open, we have Tainted Dreams on, Days of Our Lives, and my wife and I worked on an independent short called ‘Jack and Diane’ and that is going around to film festivals and won an award of excellence at an LA Film Festival.

It seems like you have done everything except for reality TV, would you consider doing a reality show?

Hell, no.   My life is a soap opera.  When Terry and I were going through the divorce, if you don’t know it then it’s a click away from when we were on As The World Turns.  People were interested in doing a reality TV show with us, we met them, and we were approached.  We had an idea to do something like Tainted Dreams, kind of like a reality TV show, but scripted.  But, no I wouldn’t do reality TV unless I could look in to the camera and hold the audience accountable for watching.  Why do they pretend the camera isn’t there on reality shows? 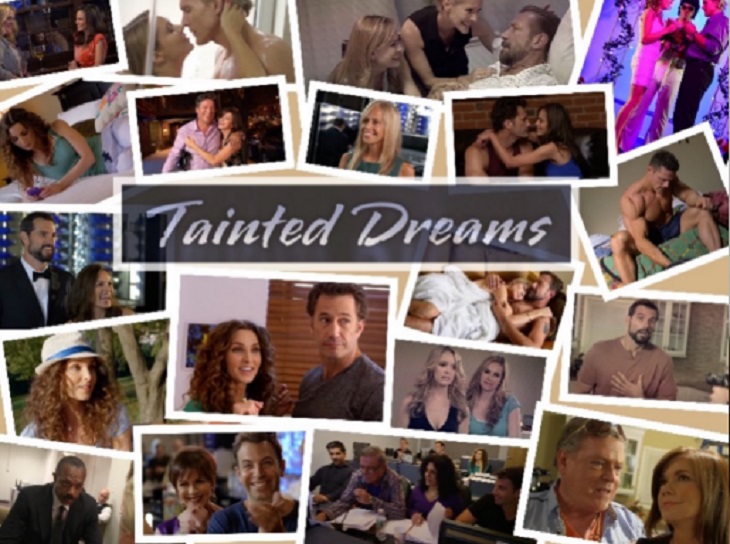 Austin Peck is truly an entertaining guy, even when he’s not in character.  You can check out his character Max Hillstone out in “Tainted Dreams,” right now on Amazon Prime.  Along with a slew of other daytime soap opera stars.  The series is definitely a must see, be sure to clear your schedule before you sit down to watch, because you will be hooked until the last episode and won’t be able to peel yourself away!