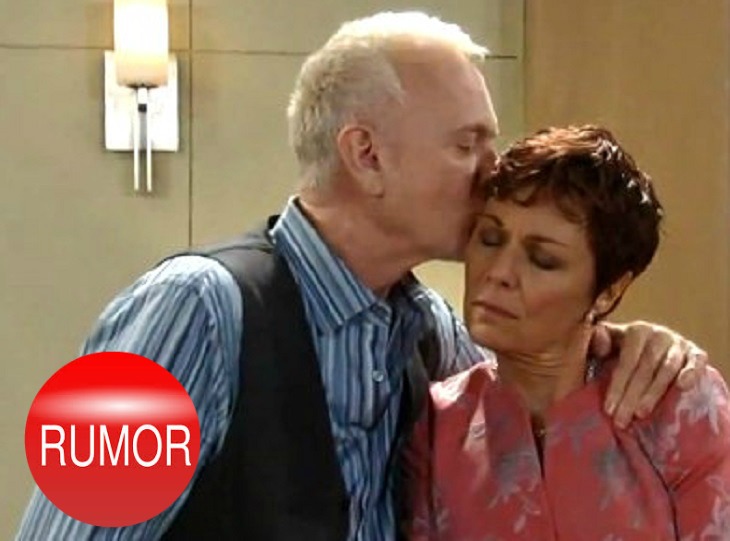 Is Anthony Geary returning to GH?  The month of April is significant to Lucas Lorenzo Spencer, better know as Luke Spencer. It’ll be over five decades on April 1st that Luke accidentally hit his mother Lena in the head with a baseball bat, resulting in her death.

GH spoilers confirm that Jane Elliott is exiting General Hospital this spring as Tracy Quartermaine. April could bring Luke back to Port Charles to say a heartbreaking goodbye to Tracy, or perhaps whisk her away on an adventure of a lifetime.

Regardless of how it goes down, one thing is for sure, it’s won’t be a proper Tracy send-off without Luke Spencer.  And, rumors are running rampant that Anthony Geary might make an exception and return to help send off his former co-star.

It’s been two years since GH Fans watched Luke walk into the fog on the docks. Does time heal all wounds or is it what you do with that time while trying to heal?

Luke was devastated when Tracy filed for an annulment. He had tried to get her to reconsider but the damage and heartache was already done. They loved and hated each other during their time together.

Luke had decided to end his life since Tracy ended their marriage. He returned to his childhood home with the intent of committing suicide and reflected back on his past and all the pain he has inflicted on his family and friends. He knew deep down taking his life would hurt them more and decides that leaving Port Charles is the better solution.

Luke said his goodbyes to Lulu (Emme Ryan) wishing he had been a better Dad to her. She’s smart and strong enough to handle whatever life hands her. If the General Hospital rumors are true and Luke returns this spring, it will be right when Judge Rawlins is handing down her decision on Charlotte’s custody case. One last adventure in The Spencer’s vs The Cassidine’s feud.

General Hospital spoilers tease that Tracy Quartermaine’s unexpected exit is right around the corner, could the iconic character fall ill again and be killed off? Perhaps Lulu informs Laura (Genie Francis) of Tracy’s diagnosis, and Laura decides to contact Robert Scorpio. Scorpio had confided in Laura last year that Luke was actually alive. Laura knows Luke would want to be here. She understands the special connection Tracy and Luke shared. Tracy was like a Mother to Lulu while Laura was a patient in the mental hospital for so many years. This is the least she can do to try to repay the kindness.

Or perhaps Tracy will leave Port Charles on her own two feet, and run off in to the sunset with Luke Spencer?  Maybe Tracy decides now is the time she took life by the horns?

Just imagine how the bittersweet scenes could unfold.  Tracy calls for a dinner party to make her grand announcement. Ned and Dillon aren’t too surprised their Mother would something like this and respects her decision. Tracy tells Dr. Finn she’s always the backgammon champion. The party runs into the night as Tracy and Luke say farewell. They arrive to the docks to catch their boat. Luke notices the fog rolling in as he looks at Tracy and says: “Let’s do this Spanky”!

What do you think GH fans, are the rumors true?  Will Luke Spencer return to Port Charles to help Jane Elliot exit the ABC soap?Share your thoughts in the comments below and don’t forget to check Soap Opera Spy for more General Hospital spoilers and news.