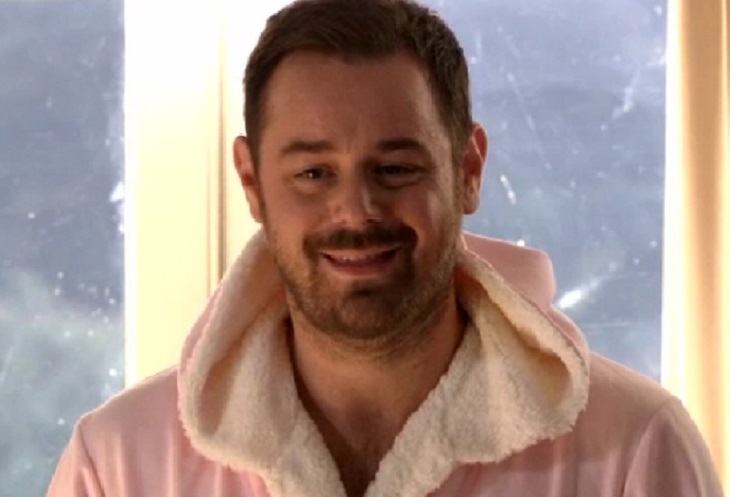 Is Danny Dyer ready to return to his starring role on the BBC One super soap, “EastEnders?” According to one inside source, you can bet the bank on it!

Dyer took a controversial break from filming the hit show last month. His departure came amid rumors of misbehavior both on and off the set. His exit was shrouded in mystery, with some sources saying it was voluntary, some claiming it was mandated by concerned executives.

No return date has been announced either, causing fans to worry that their beloved Mick Carter will never again be seen tending bar in Albert Square. But, if new information proves to be correct, Dyer will return sooner, rather than later!

According to the Daily Star, a set-side source divulged, “everyone is behind him 100%… they are planning a round of applause when he steps back behind the bar for filming for the first time. Danny will be welcomed back with open arms.”

Does the insider know something we don’t? It sounds like the cast is planning a warm welcome for Dyer when he returns, which could be any day now.

To date TPTB have not yet announced when their star actor will return. Mick is still onscreen however, since filming takes place over a month in advance. Still to be determined, is how the character’s upcoming absence will be explained.

It’s been widely reported that Dyer is in South Africa, a destination he set off for soon after he left the, “EastEnders,” set.

At the time show representatives confirmed that Dyer was on a short break. They also acknowledged that Dyer is a popular, respected cast member.

So, “EastEnders,” fans, what do you think of this latest leak? Could Dyer already be back in the country and ready to return to the set? Or has Dyer worn out his welcome in the fictional town of Walford? Tell us what you think is in store for Dyer in the coming days!