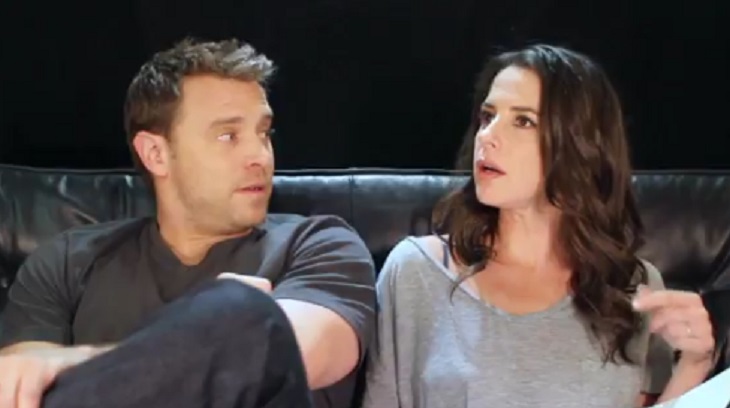 General Hospital stars Billy Miller and Kelly Monaco are currently embroiled in a major storyline on the ABC soap opera.  While Sam Morgan is currently in a coma, her portrayer Kelly Monaco is very awake and she took to Twitter to share a cute video of herself with Billy, and they made an exciting announcement.

Kelly Monaco and Billy Miller lay pretty low under the radar when it comes to public events and social media.  But, the JaSam stars are making a special exception and will be appearing at the first official GH fan event in California this month.  Kelly included a link in her tweet if you are interested in purchasing tickets.

GH Convention – We Are Going To Have Some Fun!