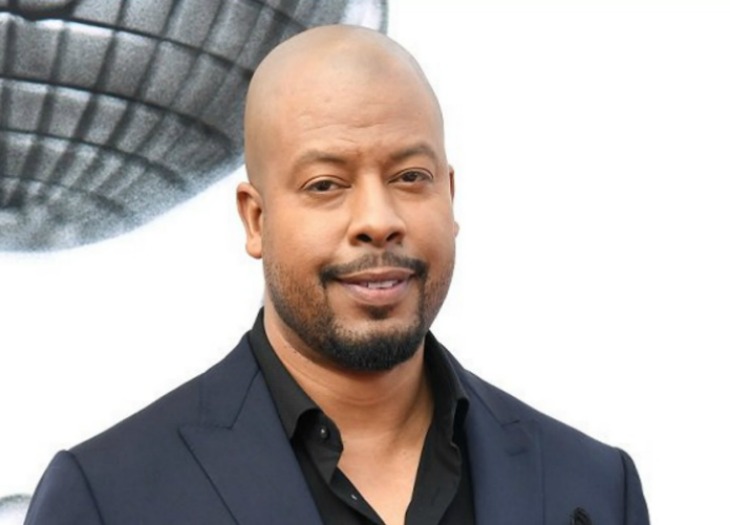 It looks like there’s just as much drama going on off screen as there is on screen for the cast of ‘Empire’ these days. There’s a new report that says actor Morocco Omari has been arrested for allegedly brutalizing a woman. He plays Lucious’ (Terrence Howard) half-brother Tariq on the hit Fox musical drama. His character also has a rather complicated relationship and past with Cookie (played by Taraji P. Henson).

According to TMZ, law enforcement officials say that a 24-year-old woman called 911 on Wednesday, claiming that she and the television actor were getting into a huge fight before things escalated rather brutally. The woman alleges that Morocco pushed her to the ground several times. She also said that she has multiple scratches on her neck and chest as a result of the fight.

Reports indicate that Chicago Police officers arrived at the scene at approximately 2:30 pm. Apparently, the incident occurred where the 41-year-old actor lives. They arrested Morocco Omari on the scene and charged him with misdemeanor domestic battery.

So far no one knows if the unidentified woman is Morocco’s girlfriend. He was previously married to his ex-wife, actress JoNell for five years until she pulled the plug on their marriage in 2006.
Of course, this isn’t the first time an ‘Empire’ actor has been involved in a domestic dispute. The show’s star Terrence Howard admitted to hitting his wife in the past. According to the Hollywood Reporter, he recalled a 2001 incident in which he allegedly punched his ex-wife, Lori McCommas. He said, “She was talking to me real strong, and I lost my mind and slapped her in front of the kids.”

Morocco first appeared on ‘Empire’ in season 2. He has been a series regular on the show since August of last year. During the last episode of the show, Tariq has been zeroing in on his investigation on Lucious. In fact, Morocco says that Tariq might even be obsessed with him.

‘Empire’ airs every Wednesday at 10 pm EST on the Fox network. So far a rep for Morocco Omari has not made any comments about the incident. Tell us, are you shocked by Morocco Omari’s arrest? Do you think this will jeopardize his role on ‘Empire?’ Drop us a line with your thoughts in our comments section below. Also, don’t forget to check back with Soap Opera Spy for all the latest news, updates and spoilers on ‘Empire’ right here.