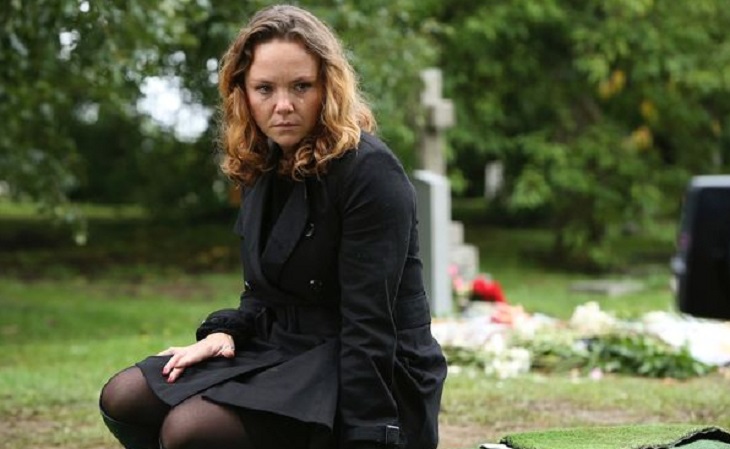 EastEnders’ Janine Butcher (played by Charlie Brooks) has always been a fan favourite due to her fiery attitude and loud personality. She was on the show from 1999- 2014. Janine was most famous for pushing her former husband Barry Evans (Shaun Williamson) down a hill to his death.

Janine was always in the middle of square drama and was never far away from the action. Her most shocking story lines included prostitution and drug addiction. She is possibly one of the show’s most famous female villains.

But sadly, Janine has been in prison for the last three years. But there are rumours of a return in the near future.

Related: Whitney’s Dramatic Return, And She Drops A Bomb On Mick Carter

In a recent interview, the actress Charlie Brooks said this, “It’s not in my immediate plans. Never say never- I’ll say that!”

A promising statement as the show has recently being bringing back many old favourites, just this week Lisa Fowler (Lucy Benjamin) made a shocking return. Could Janine Butcher be next?

Well with John Yorke now back in charge of the soap it seems likely, Charlie told Soaplife that “Janine was his baby, really. So, he is invested in her storylines.”

Will John Yorke want one of his favourite characters back now that he has taken over from Sean O’Connor? It does seem that the show is heading in a different direction with the new producer but is it better to bring back the past instead of starting new story lines?

Sadly, Charlie Brooks is about to head off on a three-month Theatre show called “How the Other Half Loves,” but after this stage adventure there is huge potential for her to return to the square. It is not unusual for a prison sentence to be randomly shortened. Perhaps Max Branning will finally have a baddie rival in Walford.

Check back with Soap Opera Spy for more EastEnders spoilers and news.