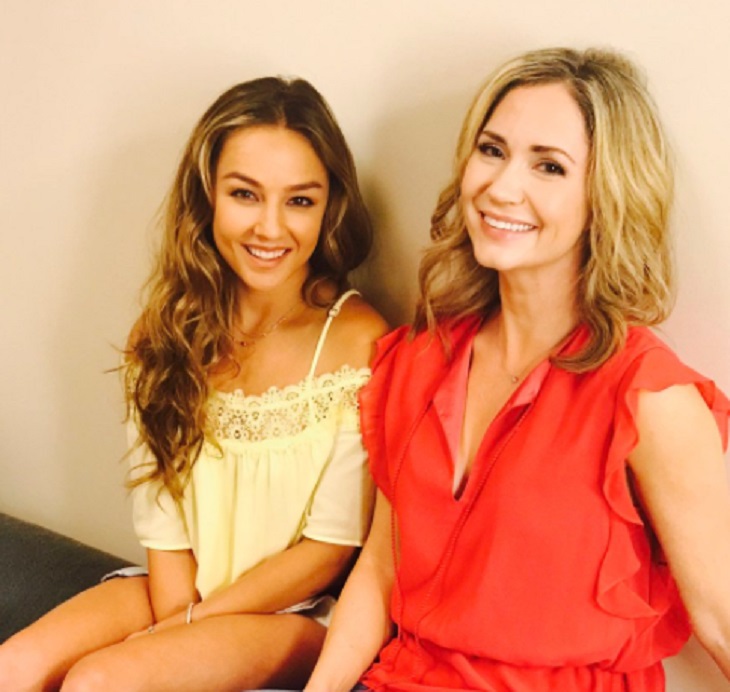 General Hospital rumors have been hinting for a while not that Ashley Jones is returning to Port Charles as Parker.  The exciting casting news was officially confirmed on the GH Twitter account today.  Frank Valentini revealed earlier this week that they would be making a casting announcement – and it was none other than the return of Bold & Beautiful alum Ashley Jones.

GH tweeted a photo of Ashley and Lexi together and teased, “Funning seeing you here.”

GH fans will recall that Parker was a love interest for Lexi Ainsworth’s character Kristina Corinthos.  It will certainly be interesting to see how Kristina takes the news that her former professor/lover is back in town!