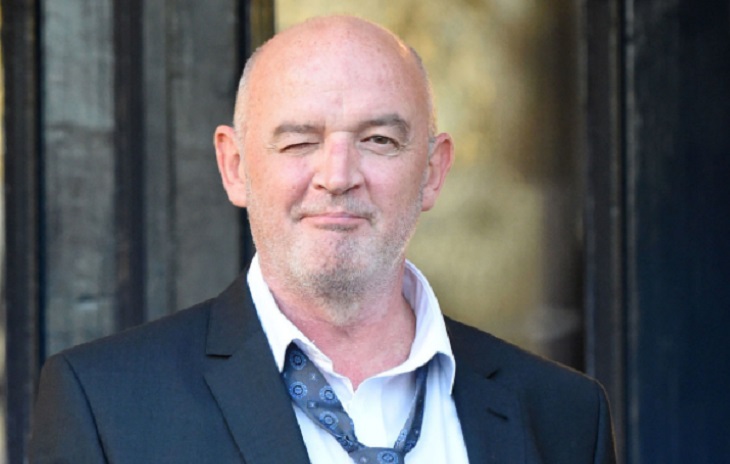 Can builder Pat Phelan (Connor McIntyre) wash the blood off his hands and become a loving family man on Coronation Street? He’s got a few ghosts rattling in his closet, and viewers are about to find out if this silver tiger can truly change his stripes.

Why is the thieving baddie looking for a little redemption? The best reason possible: he’s just discovered a long-lost daughter. In confronting this lovely lady from a long ago past, Pat is appalled at the thought of having to confess to all of the things he’s done.

Shobna Gulati To Be On This Year’s Big Brother?

At least he feels shame, right? That’s the first step toward coming clean with himself and his loved ones, and it looks like Pat is about to confront some very old demons. Like the time he attacked innocent Anna Windass (Debbie Rush). Or watching one man die, let alone killing another. Yikes!

Plus there’s the con he pulled on Corrie residents, and the list goes on and on. But with Nicola (Nicola Thorp) in town, and a DNA test that proves they’re related, he’s seen the error of his ways.

Poor Pat has tried to forge a relationship with his spawn, showing a side of himself that rarely if ever has been seen. Well, ok, he has been nice to his young apprentice Seb (Harry Visinoni), too! But at this late stage in the game, will he have what it takes to withstand a trip down his sordid, overgrown memory lane?

Explosive show spoilers reveal that Pat takes his first steps toward forgiveness in the coming days, with a trip to the confessional: oy vey! Well, he has to start somewhere, and maybe a good old-fashioned confession will do the trick. Then again, nothing is ever that simple on the cobbles!

Viewers’ mouths may very well drop open when they hear what he has to say to the priest (whose ears are scorched, no doubt). Is Pat capable of paying the steep price needed to become a proper family man and Corrie citizen?

Check back with Soap Opera Spy for more Corrie spoilers and news here.