EastEnders Spoilers: Cora and Tanya To Return To The Square 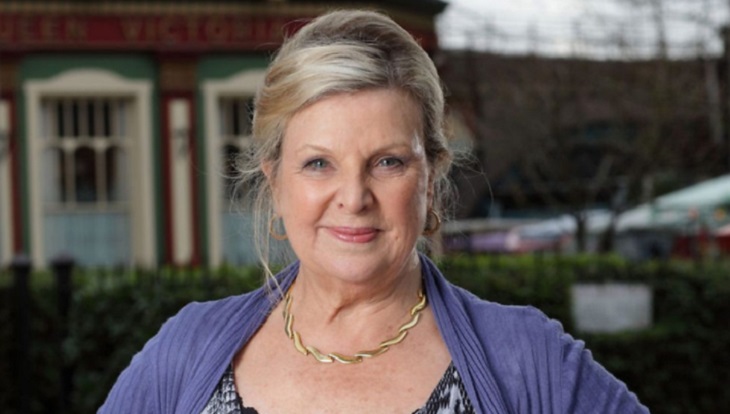 Lauren Branning (Jaqueline Jossa) has been having a terrible time lately. She is trapped in a relationship with a man she no longer loves due to guilt. Steven Beale (Aaron Sidwell) has concocted a lie so heart-breaking that it forced Lauren to stay. He told her he had a brain tumour. Lauren still believed this to be true and broke off her fling with Josh Hemmings (Eddie Eyre) to help the man who she believes loves her.

The young women needs support and she is not getting it from her family both her father and sister know about the lie and have not tried to help her, in fact they are doing the exact opposite.

Abi (Lorna Fitzgerald) has become deluded that she and Steven will end up together which is why she is helping Steven with his ridiculous plot.

But even Abi is losing her patience with Steven and his deception as he keeps ignoring the love-sick girl. Things will get even messier for Steven when Cora (Ann Mitchell) turns up out of the blue and finds the situation fishy.

Which is where her mother comes in, Tanya (Jo Joyner) hasn’t been on the show in years last appearing in 2013. But never the less she is still a soap favourite her story lines with Max (Jake Wood) in the past were dramatic and epic. But now there are rumours that she will return to help her daughter in her time of need. It will be Cora who insists that Lauren contacts her mother, hoping that Tanya can talk some sense into her.

It seems that it will be down to Cora and Tanya to save Lauren from Steven’s wrath. But just how soon will she return? And will her presence anger the ever-growing evil Max? The story will unravel next week.

The Young and the Restless Spoilers: Lane Flames Out – Cane Completely To Blame