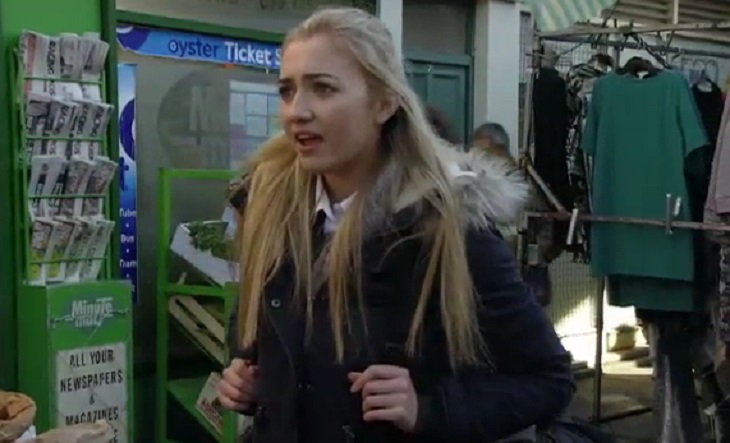 The notorious Alexandra and Madison tormented Bex for months on EastEnders. She was harassed at school, locked into a bathroom and even physically assaulted. The poor girl was even targeted at home when they broke into her home and smashed her guitar. What made it all the worse was that Louise Mitchell was there the whole time standing behind the bullies not doing anything to help her friend.

But karma may be turning around for the young Mitchell now as the bullies have tired of Bex and moved on their new target.

This is not the first time she has been targeted, when Louise met Travis the evil pair drugged her drink ensuring she would make a fool of herself with the young lad. Louise is in puppy love and clearly smitten with her classmate.

Alexandra and Madison have decided to crush their supposed friend’s happiness by telling her the guy could never be attracted to her, which is clearly not true due to his behaviour.

Louise is still optimistic about Travis despite the poison being poured into her ears, she keeps bumping into the young man at school with hope in her eyes.

The pair somehow manage to get as far as a date but Louise pulls away when he tries to kiss her. But Travis can see that something is amiss. The cute couple will eventually work it all out despite the awful bullies. But what will the vengeful pair do when they see Louise breaking away from them.

Related: EastEnders Spoilers: Whitney Carter Leaving Walford For Good Or Will She Return?

The notorious duo were terrible to Bex and they barely knew her what could they do to Louise who has been their sidekick for months? The romance is set to bloom in June but will it get a chance to thrive this summer before the girls tear them apart.

The Young and the Restless News: Sally Sussman Called Out – Some Fans Want Better Stories