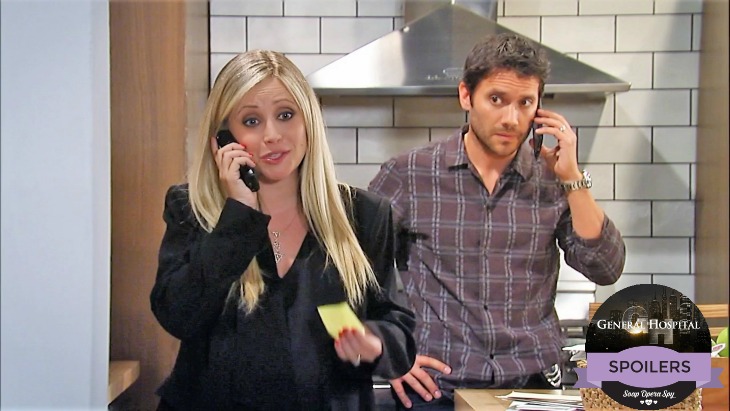 Anna is concerned about finding Charlotte and isn’t sure where to look. Anna leaves. Lulu feels guilty for telling Valentin that Anna was going to arrest him. She didn’t think that would make him a fugitive.

Lulu wants to go searching but Dante stops her saying they have to do it by the book. Lulu remembers Charlotte has a phone. Lulu calls Charlotte. Charlotte tells her it’s a surprise they’re going on a trip. Valentin walks in and takes the phone. He tells Lulu he’s pretty sure calling Charlotte on the phone is in violation of their custody agreement. He doesn’t want her to contact them again and hangs up. Dante tells Lulu the call wasn’t long enough to trace the location.

Nina doesn’t feel Valentin deserves to be arrested. Lulu calls Anna and tells her about the conversation with Charlotte. Anna and Nathan explain that Charlotte thinks they’re on a trip somewhere she always wanted to go. Nina lies and says Bulgaria. Nathan calls her on it. Nina doesn’t want to be the reason Valentin goes to jail. Anna says WSB will send other agents and it’s possible Valentin could be shot in front of Charlotte. Nina finally tells them Niagara Falls.

Liz shows Laura (Genie Francis) the shipping label from the magic kit. Liz’s worried she’s not a good Mom. Liz felt powerless when Jake was on stage holding the canister. Laura reassures Liz she’s a good Mom and she saved everyone. Laura feels Valentin should go to prison for stealing the information. 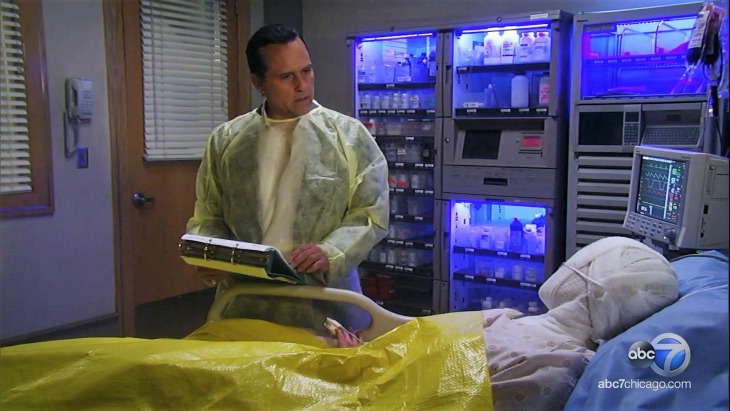 Sonny (Maurice Benard) is in Ava’s hospital room. Ava begs Sonny to kill her. Sonny says she should have killed on the island but didn’t because she was pregnant with Avery. Ava feels Sonny has her where he wants so end her misery and kill her. Sonny says the fire did a number on Ava like she did to Morgan switching her pills.

Sonny arrives to Jason’s. Sonny thought having answers to Morgan’s pills would bring peace but it doesn’t. Carly wants Ava dead. Sonny says being alive is Ava’s punishment. Ava is facing a long time of healing. Carly is upset that Ava has a life but Morgan doesn’t. Carly says once again Ava gets away with it. She slams the door on her way out.

Griffin tells Ava the nerve damage isn’t bad but he can’t increase her pain medicine at this time. The burns are severe and will require many years of surgeries. He offers to talk to her as a Priest instead of a doctor. Faith is a comfort to him. Griffin takes her hand as they pray together.