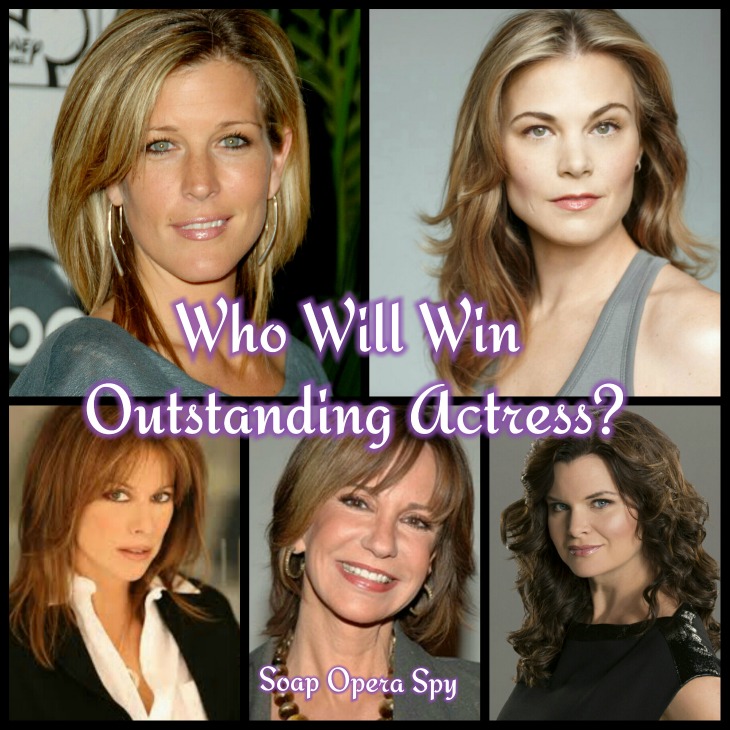 The Daytime Emmy Awards are just around the corner and we would like to see who you are hoping to win the Outstanding Lead Actress Award.

First up is Nancy Lee Grahn (Alexis Davis, GH), Nancy has had some awesome scenes this year especially the ones with William DeVry. They have really killed it. Nancy is one phenomenal actress and really makes you feel what she is feeling at the time. So do you think she deserves to win?

Related: ‘The Young And The Restless’ News: The Real Reason Justin Hartley Wasn’t Nominated For A Daytime Emmy Award

Gina Tognoni (Phyllis Summers, Y&R) came into the role of Phyllis Summers and has definitely made it her own. She has been on fire with all her outstanding scenes. When she took the stand and really ripped into Victor Newman (Eric Braeden) on Y&R she had the fans jaws dropping to the floor.

Than we have Heather Tom (Katie Spencer, B&B). Heather is best known for the busy body Katie on B&B. Although fans do not really agree with her always nosing into everyone’s business, you got to admit she is one fabulous actress. So do you think she deserves to win?

Jess Walton (Jill Abbott, Y&R) is also in the running for Outstanding Lead Actress. Jess Walton really lightens up the mood on Y&R. Her character is known for having snarky jokes that all the fans love. She will definitely get a laugh out of you, but also knows how to be very serious when the time comes. She did an awesome job raising heart health awareness with her phenomenal scenes.

Last but not least, we have the beautiful Laura Wright (Carly Corinthos, GH). Laura Wright plays the part of Carly, a woman who will not stand down to anybody. Her feisty and sassy persona really draws you in. She really killed it with the scenes of losing her son Morgan Corinthos (Bryan Craig) on the show.

So soap fans take a vote in our poll and let us know who you are rooting for. Don’t forget to check often with Soap Opera Spy for all your latest soap news, updates, spoilers, and much more.