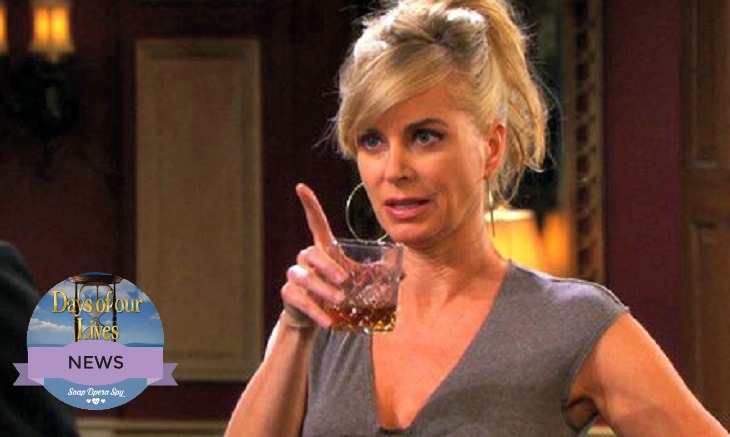 Eileen Davidson shared some Days of Our Lives (DOOL) news about her character, Kristen DiMera. Although she is certainly busy portraying Ashley Abbott on CBS’ The Young and the Restless (Y&R) and starring on the reality TV series Real Housewives of Beverly Hills (RHOBH); Eileen tells fans she is open to anything.

She feels loyal to NBC’s Days of Our Lives and has a lot of love for the cast and crew but being on the Y&R is her job and she doesn’t want step on any toes and anger any of the powers that be.

Kristen was one of the few women in Salem who really was intertwined with just about every character on the show, most notably her relationship with John Black (Drake Hogestyn) and later his son and much younger man, Brady Black (Eric Martsolf).

The last time we saw Kristen DiMera on Days of Our Lives was back in April 2015. She had given birth to Brady and Theresa Donovan’s (Jen Lilley) son, Christopher (now known as Tate). Kristen attempted to pass the baby boy off as Dr. Daniel Jonas’ (Shawn Christian), but Brady demanded a paternity test.

Eileen Davidson has done a fantastic job in her portrayal of evil Kristen DiMera, a direct contrast to her role of Ashley Abbott on The Young and the Restless. Her character of Kristen has given her many nominations and even earning a Daytime Emmy Award in 2014 for Outstanding Lead Actress in a Drama Series. Who wouldn’t want to see this fabulous actress grace out TV screens again?

Be sure to tune into NBC’s Days of Our Lives (DOOL) to catch up on all the exciting stories happening right now and check Soap Opera Spy often for more updates, news, rumors and spoilers!

‘The Young and The Restless’ POLL: Who Do You Want Billy With Phyllis Or Victoria? VOTE!