Dancing with the Stars: 7 Fast Facts About Barbara Corcoran 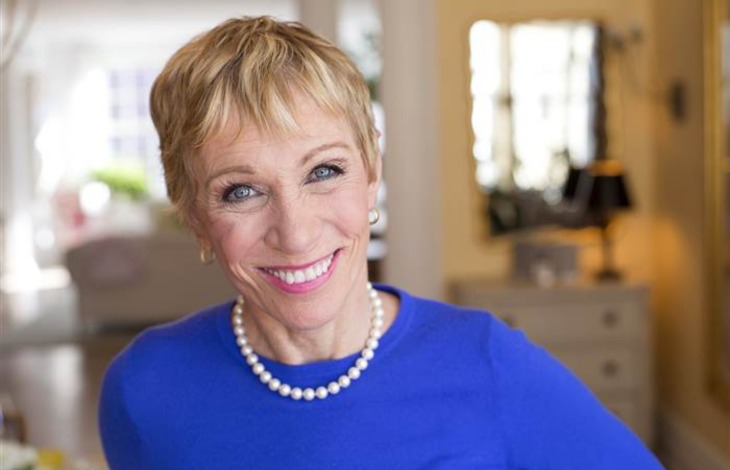 Barbara Corcoran is a motivational speaker and TV personality. She is also a real estate mogul. On September 18, Corcoran will compete for the mirrorball trophy with her partner, Keo Motsepe on ABC. Read below for seven fast facts about the DWTS contestant.

Barbara Is One of Ten Children

She is one of 10 children who grew up in a two-bedroom apartment with one bathroom. She remembered her parents putting the girls in the pink room and the boys in the blue room. Her parents slept in the living room.

Related: Dancing With The Stars Mark Ballas Dishes On His Return To DWTS, Julianne Hough’s Exit, And Lindsay Stirling

She Failed At Many Things Before Launching Her Own Brand

She failed at 22 jobs before she started her own company —Corcoran Group. She didn’t (and still doesn’t) believe in business plans because the minute you try to put them in the real world, they fall apart.

Barbara said she never looks at resumes when she hired people to work for her because it only tells her their past. She wants to know what they can do for her now, make sure they have a healthy attitude and outlook on life.

Barbara went through seven years of IVF to conceive. She was 45 when her first child was born. She feels that the time allowed her to be thankful for the whole experience –morning sickness and all.

She dreamed she was the queen of New York City real estate her first day in business. She imagined it for 20 years, and eventually, it came true!

Dyslexic As A Child

She has been dyslexic since she was a child. It got in the way of her learning in school. Because of it, she has a tough time with sequencing (dance steps). However, she signed up for Dancing with the Stars to learn and overcome the fear she will never learn to dance. She has found after her biggest failures (like failing at dance moves) she learned to preserve. Barbara is good at getting back up after being knocked down.

Related: Julianne Hough Exits Dancing With The Stars, Will Not Appear On Season 25

When she didn’t originally get selected to be on Shark Tank, she wrote Mark Burnett a short email that his rejection would be her lucky charm. Corcoran really believed that it was his loss. Barbara has been on the series for nine seasons now!

See Barbara Corcoran September 18 on Dancing with the Stars airing on ABC.