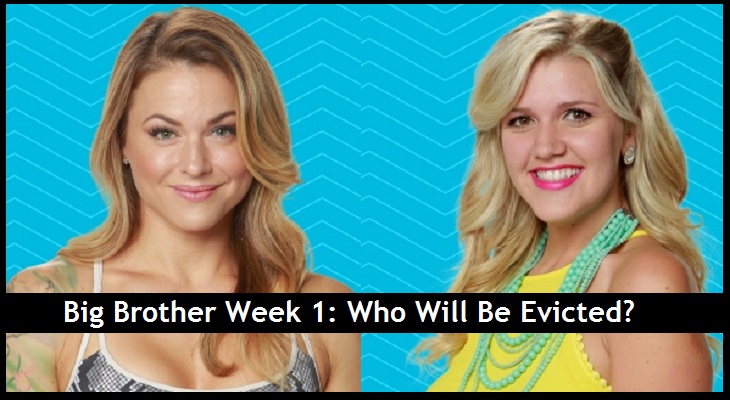 Big Brother spoilers tease that Season 19’s first official live eviction will air on CBS on Thursday July 6.  BB19 kicked off with a bang this summer, things are certainly getting interesting in the Big Brother 2017 house, and at this stage in the game it’s any one’s guess who will be going home tonight.

According to BB19 spoilers and this week’s episodes, going in to the live eviction tonight, Jillian Parker and Christmas Abbott are sitting pretty on the chopping block.

Seeing as how it’s only week one, and the house is still full, it’s pretty difficult to predict which woman will be voted off.

Spoilers from CBS live feeds of the Big Brother house seem to be hinting that the players are split down the middle, half of the house is planning on voting  for Christmas, and the other half plans on evicting Jillian.

As of right now, it appears that Josh Martinez is the swing vote, and he seems to be changing his mind every hour about which woman he will send packing.

After the houseguests vote and say goodbye to the first evictee of the season, spoilers indicate there will be an all new Head of Household competition to follow.

Who do you think will be voted out, Jillian Parker or Christmas Abbott?  Let us know in the comments below and check back with Soap Opera Spy for more BB19 spoilers and news.

The Young and the Restless Spoilers: Abby and Scott’s Chemistry Develops – Sharon’s Response Will Prove Intriguing