Big Brother 19 Spoilers: Cody And Jessica Hint That Jess May Have Got Pregnant In BB19 House 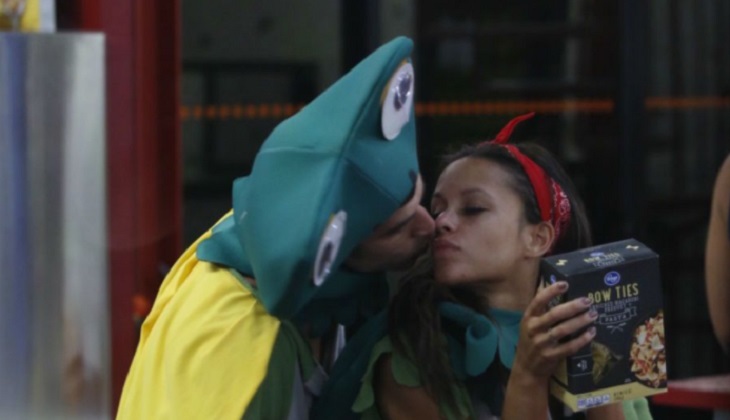 “Big Brother” (BB19) live feeds have us asking all kinds of questions this week. While houseguests have been very vocal about, well everything, there has been one topic of conversation that has been kept on the down low.

Related: Who Is Going Home Next – Week 5 Veto Ceremony Results

Showmances in the house are not uncommon, there have even been showmances that once out of the “Big Brother” house they have become engaged and married as a result of being in the house together.

However, this could be “Big Brother” history in the making (pun intended). Hookups in the “Big Brother” house are not limited to this season, but in past seasons as well. In anticipation “Big Brother” has provided protection for the houseguest (condoms in the storage room) for that reason.

“Big Brother” (BB19) live feeds caught last week Jessica talking with Cody after leaving the DR, saying she got the pill, alluding to the morning after pill. Spoilers have shared that Jessica was on birth control pills prior to entering the house, but didn’t see the need to bring them with her as she thought she would not need them.

‘Jody’ just might be expecting the unexpected now. Jessica has shared that they have been in the house for 42 days and she has not had a menstrual cycle. However, she tells Cody “I have no symptoms, if that makes you feel better”, Cody response “I feel…. You won’t see me sweat either way”.

“Big Brother” (BB19) live feeds has also caught the two discussing baby names, gender, twins, how far along she might be once she leaves the house. What are your thoughts? Do you think this is just all talk, or is it truly possible? Only time will tell, in the meantime, what baby names would you chose for ‘Jody’s’ baby? Leave us a comment below and share your thoughts. Then be sure to check back with Soap Opera Spy to up to date with everything going on in the “Big Brother”(BB19) house.

The Young and the Restless Spoilers Friday August 4: Victoria’s Shocking Move – Mariah and Tessa Back Off – Victor Makes His Position Clear