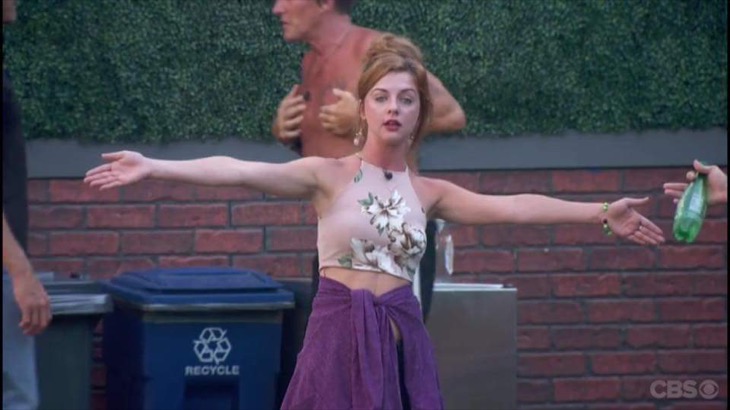 “Big Brother 19” (BB19) house guests have been in the house 41 days now and the pressure of the game is really getting to them! This has been one dramatic season and it’s only going to get worse.

Big Brother live feeds have recently been like no other. Paul Abrahamian won HOH and the veto this week. He put Cody Nickson, and Jessica Graf on the block. Jason was up on the block because of the curse of temptation and Paul used the veto and took him off. Recently, Paul tried to make a deal with Jessica with the other house guests backing him that if she didn’t use the hex this week and let Cody go home they would make sure she didn’t go up on the block for the next 2 weeks and they would put Alex up being that this was Jessica’s wishes. At first Jessica agreed but now that she has went back to her original plan of using the hex, the whole house is unleashing their wrath on Jessica and Cody once again.

There was a confrontation that went down in the kitchen with Alex Ow calling Jessica out for targeting her. Jessica said it was all over Alex previously putting her up on the block. Mark, Elena, Kevin and Jason have been around the other house guests but they have kept quiet and tried to stay out of it. However, Raven really let her feelings be known and went as far as calling Jessica a bi*ch!

Jessica and Cody made their way to the backyard to get away from it all and the house guests followed them there and started on them once again. Of course, Josh Martinez was dancing around with the pots and pans and singing! Josh keeps shouting out all kinds of crazy stuff trying to make Cody crack but Cody has done great at ignoring it all. Jessica even brought it up to Cody about them walking out of the game together. She is getting really tired of all the stress of the house. She doesn’t know how much longer she can take it.

So now we must wait and see if they are able to stick around and deal with all the drama that the house brings their way. Make sure to stay tuned to CBS’s Big Brother because there is no telling what will happen next in the house! Don’t forget to check often with Soap Opera Spy for all your latest Big Brother Spoilers, news, updates, and much more.