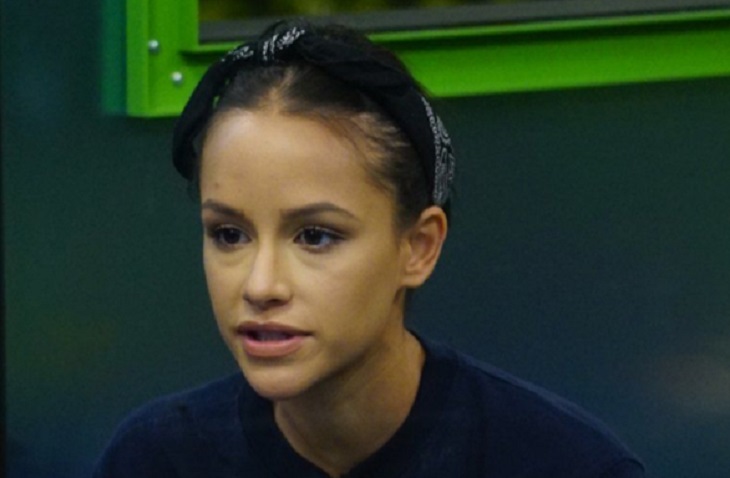 Big Brother 19 spoilers from the CBS live feeds tease that tensions are running high in the BB19 house.  As if the Week 6 live eviction under reigning HOH Josh isn’t stressful enough, apparently there is a serial “butt-grabber” on the loose in the house, and some of the other players are not impressed with having their behinds grabbed over and over.

Jessica Graf has rubbed a lot of people the wrong way in the Big Brother 19 house, but as it turns out, it’s not her constant bickering or over-the-top showmance that is really irking his co-stars, apparently it’s the fact that she won’t stop grabbing everyone’s butts.  Seriously, we can’t make this stuff up.

Related: Big Brother 19 Spoilers: Cody And Jessica Hint That Jess May Have Got Pregnant In BB19 House

TMZ brought the issue to light today, however if you have been following along on the live feeds from CBS then you have most likely caught one of Jessica’s big grabs.  It seems no in the BB19 house is safe from Jessica’s wandering hands, and she doesn’t seem to mind whether her victim is a male or female.  Alex Ow seems the most upset over Jessica grabbing her, and even compared the incident to a rape experience someone close to her endured.

Paul Abrahamian bought up a valid point, if Jessica Graf was a male in the house, would the producers let her get away with groping everyone’s butts?  Or would they have put a stop to it by now?  Let us know what you think in the comments below!

The Young And The Restless’ Scott Elrod stars In Hot New Summer Movie!