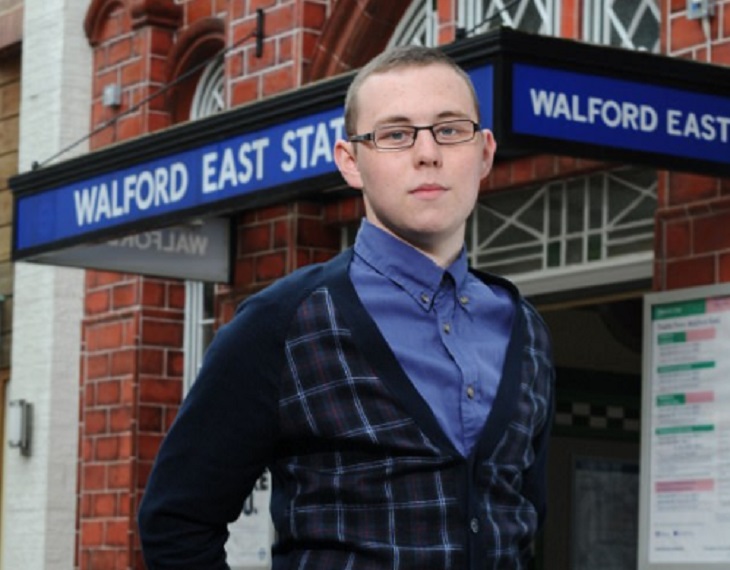 Many Eastenders fans are shocked to hear that the show’s former star, Joshua Pascoe, has been filmed in what many are calling a disgusting racist rant.

During a recent night out, Joshua realized that his wallet was missing. He immediately assumed that someone must have taken it. He can be heard in a video clip saying, “Some f***ing p***’ probably took it” before repeatedly saying the slur.

An eyewitness who heard the rant even told Britain’s The Sun paper, “He was furious and had to ask a bunch of complete strangers for money. It was a shock to hear such vile words from someone well known. He appeared to think that kind of racist language was nothing to be ashamed of. Many of the people who overheard were offended.”

Related: EastEnders Spoilers: Mick Carter Confesses To Linda That He Cheated With Whitney

Of course, Joshua is no stranger when it comes to controversy. The young actor was arrested when he was just 16 on suspicion of sexual assault. If that weren’t enough, he was also the subject of bullying accusations during his high school years. His character was written out of Eastenders during the same time he was facing police accusations.

Tell us, are you just as surprised as many Eastender fans over this rant? Do you think Joshua’s acting career is all but done? Let us know what you think by sounding off in our comments section below. Also, don’t forget to check back with Soap Opera Spy for all the latest news, updates and spoilers on Eastenders right here!

The Young and the Restless Spoilers: Nick Newman Retaliates Against Father Victor