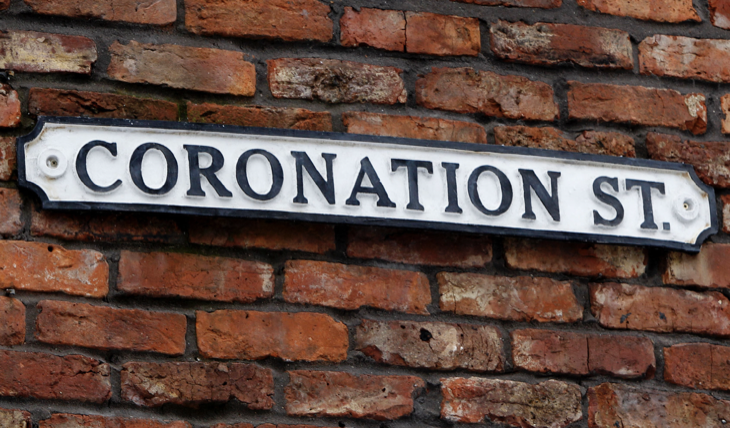 Spoilers, spoilers, spoilers galore! Close your ears and eyes if you don’t want to read about Coronation Street spoilers. Soap Opera Spy went ahead and got the hottest, most salacious secrets of upcoming episodes for you. Here’s our list of the top six most important spoilers!

1. DANIEL FINDS OUT MORE THAN HE BARGAINED FOR

Daniel, investigating the Calcutta Flats scam, gets more than he bargained for with the villainous Phelan. Trying to get the scoop of his life, Daniel falls into a spider web of deceit, lies and more secrets than he could possibly imagine, plus Phelan tries to turn the tables on Daniel. Never a good sign!

Or does he? After being kept as Phelan’s prisoner for over a year, Andy attempts to take as many pills as possible to end his ordeal. Does Phelan find him in time? Or does Andy get written off like a bedsore?

Shocker! Mel, trying to protect Nathan from Bethany in court, gets killed with a crowbar. Or something along those track lines. Yes, a body is found on the train tracks and sources suggest that yes, it is indeed Mel who tried to stop Bethany but got murdered in the process.

4. ANNA FINDS OUT ABI IS A DRUG ADDICT

Anna heads over to Seb, but finds his mum, Abi, in a terrible, ghastly state. A fight ensues and Seb intervenes. However, Anna knows more than what she lets on and tries to do everything in her power to save Abi from an inevitable fate. Will she inform social services? Or will she keep quiet and let it slide?

5. ADAM AND EVA FALL FOR EACH OTHER

As we’ve reported on Soap Opera Spy before, Adam and Eva end up together on an alcohol fuelled evening. The two eventually sleep together, because why not? One thing leads to another and a power couple is born!

Shona won a bit of money on a scratchcard, so as with all messed up, materialistic families, Clayton’s father pitches up and demands – yes, he demands! – that Shona pays up. An unnerved Shona allegedly takes drastic actions to stop Dane, Clayton’s dad, from doing the unspeakable.

Remember to bookmark Soap Opera Spy and check back for regular spoiler updates. What do you think? Will Coronation Street take the dark turns and hide in the alleyways? Let us know your thoughts in the comments below.

Growing up in South Africa, Renier has always been inspired by the beauty of his country and the stories of his nation. A proud South African, Renier has a penchant for doing things out of the ordinary, never quite following the rules of life. Renier is a scientific dreamer. He enjoys writing, poetry, film and art and splices it all together with a big dollop of quantum physics, quantum paradoxes and the secrets of the Universe. Renier is quirky, awkward, vegetarian, slightly crazy, spiritual, a massive film boffin, animal lover, cat obsessed, amateur astronomer, celebrity enthusiast, reality t.v. boffin, Gleek, Zombie Apocalypse planner and an Agony Aunt for every person who meets him.

Days of Our Lives Spoilers: Sami Doesn’t Buy Ben’s Story About Will Horton