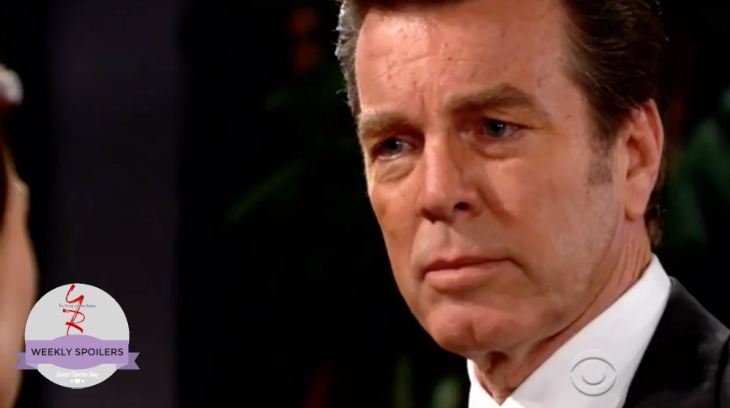 “The Young and the Restless” (Y&R) spoilers for the week of July 11 tease that Chloe Mitchell (Elizabeth Hendrickson) returns with a shocking secret. Victor Newman (Eric Braeden) tells his son, Adam (Justin Hartley) that if he works for him at Newman Enterprises, he can make his legal troubles disappear. Billy Abbott (Jason Thompson) forces Phyllis (Gina Tognoni) to make a choice between him and his brother and her husband, Jack (Peter Bergman). Finally, Victor’s secret accomplice is revealed, and her identity shocks the whole town of Genoa City.

“The Young and the Restless” promo video shows that Victor and Adam may come to an understanding after all these months of tug and war. Apparently, Victor tells him that all he has to do is work for him, and all his legal trouble will go away. He explains that he needs his business finesse to head Newman Enterprises right now because Victoria Newman (Amelia Heinle) isn’t handling the billion dollar company well right now. Will Adam agree to the deal with the devil? Keep watching “Y&R” to find out what happens next.

After months of sneaking behind Jack’s back, Billy wants Phyllis to come clean to her husband and decide who she wants. Admittedly, he hopes she intends to be with him, but the choice is hers to make. Phyllis doesn’t want to hurt Jack but understands it needs to be cleared up. She tells him and says that he doesn’t deserve this. Will Jack end his marriage of the betrayal? Will Phyllis admit that she had an affair (and still is sleeping with) his brother? Stick with the “Young and the Restless” next week to find out.

Lastly, Victor’s accomplice will be exposed. Her identity isn’t the most shocking part of the revelation. Apparently, the reason she set Adam up will blow many Genoa City residents minds. Even more of a surprise, she brings a little someone to Genoa City and shakes up Billy and Kevin Fisher’s (Greg Rikaart) life for good.

Stick with Soap Opera Spy for all your the “Young and the Restless” spoilers, news, and casting updates.

The reveal you've been waiting for is almost here! Don't miss #YR next week!

‘The Young and The Restless’ Spoilers: Kevin and Chelsea Partnership Paves The Way To Chloe Reveal