‘The Young and The Restless’ Spoilers: Nikki Fights For Her Man – Wants Victor Released From Prison 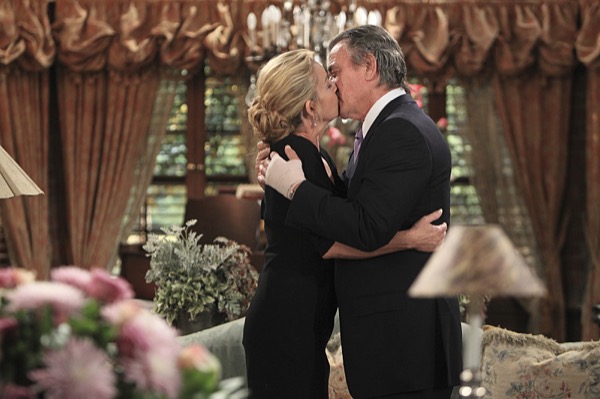 Nikki (Melody Thomas Scott) has loved Victor (Eric Braeden) for decades. Now, that ‘Niktor’ has reached rapprochement a different battle has begun on ‘The Young and the Restless’. The repeat bride of Genoa City’s greatest male character has initiated a campaign aimed at winning Victor’s release from prison.

Unless unusual circumstances arise, a rightly convicted man isn’t let out of jail a handful of months after his cell was locked. Parole Board Judge Russel Gates (David Grant Wright) previously advised that he wasn’t open to playing ball with the Newman family on this matter. His daughter’s, Doctor Meredith Gates (Alicia Coppola), dalliance with ‘The Mustache’ also didn’t serve to influence his principled thoughts. That’s where Nikki enters the fray, at least in her own mind, on ‘The Young and the Restless’.

Victor advised Adam (Justin Hartley) that he’ll soon reclaim his life and that he, Adam, can avoid entering the pen himself as long as he joins him at Newman Enterprises. Adam knows that his father is employing a three-dimensional strategy, but isn’t sure how each human chess piece is being played. So, Nikki’s efforts, however well-intended, will likely only serve as public window dressing.

Nikki told Victor that she doesn’t want a divorce and then requested his blessing on their continued nuptials, to which he consented. She informed Paul (Doug Davidson) and Dylan (Steve Burton) that she’s going to help Victor gain an early release from prison in order to end his suffering. Both of ‘Niktor’s’ children will be summoned to this cause, along with Adam, Abby (Melissa Ordway) and Phyllis (Gina Tognoni). Yes, the principles who vehemently testified against Victor will be asked to publicly fight for his exoneration on ‘The Young and the Restless’.

No balanced mind can argue that Victor Newman is an innocent man. However, white and blue collar criminals escape justice, or full punishment, in the real world as well. So, any soap opera devotee who claims that this storyline is outrageous can’t fully stand on reality as a baseline from which to argue. Instead, savvy viewers accept that is Victor Newman, the lead character on YR. From the moment he entered Walworth State Prison, loyalists believed that Victor’s stay would be short. The only true points of debate involved when he would be released and how that drama would play out.

‘The Young and The Restless’ News: Justin Hartley Reveals His Summer Plans