‘The Young and The Restless’ Spoilers: Kevin and Chelsea Partnership Paves The Way To Chloe Reveal 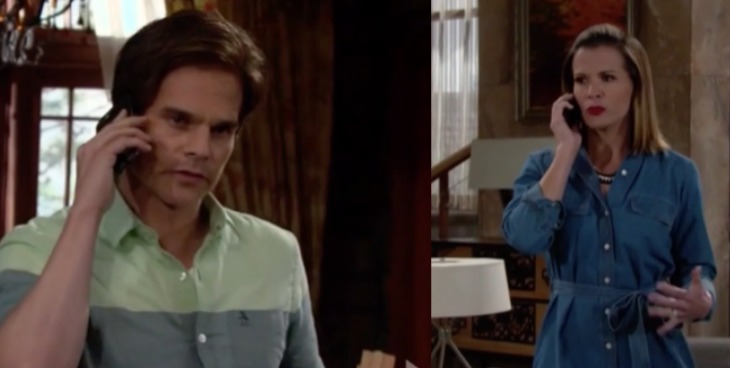 Chloe (Elizabeth Hendrickson) secretly returned to Genoa City, but only Victor Newman (Eric Braeden) knows that. Meanwhile, Kevin (Greg Rikaart) is helping Chelsea (Melissa Claire Egan) pursue a mystery woman on ‘The Young and the Restless’. How fitting that two people who were close to Chloe in the past are helping viewers pull off her mask.

Savvy fans of ‘The Young and the Restless’ know that Victor recruited Chloe to frame Adam (Justin Hartley) for Constance Bingham’s (Sally Kellerman) murder. Chloe was told to dress in disguise when she met with the great man because Victor knew that cameras were present in the prison visitor’s room. That point became key in this daytime play when Kevin used his laptop to hack into Walworth’s video system.

Future arcs are telegraphed to viewers in various ways. Sometimes flashback sequences are used to refresh memories of a past character and to provide needed information to newer fans. At other times a specific event will be invented to reintroduce a familiar face. In this instance, Chloe’s return is being presented as a surprise. So, the writing staff of ‘The Young and the Restless’ is sending a different foreshadowing signal.

Kevin was Chloe’s one-time husband. He’s also in the running to be confirmed as the father of her second child. Chelsea was Chloe’s one-time best friend and fashion business partner. It makes plot sense that the better half of ‘Chadam’ would reach out to Kevin at this time. The pairing of these characters helps to reestablish Chloe’s GC connections.

Add to the above Esther’s (Kate Linder) scheduled shifts at Crimson Lights. She’s also recently referenced the daughter who whose birth name is Katie, in honor of the immortal Katherine Chancellor (as played by the late, truly great Jeanne Cooper). Incorporate the latest version of Billy (Jason Thompson) into the story, along with confirmed notes about Hendrickson’s return to ‘The Young and the Restless’, and it’s obvious that the mystery woman Kevin and Chelsea saw via hacked video was Chloe.