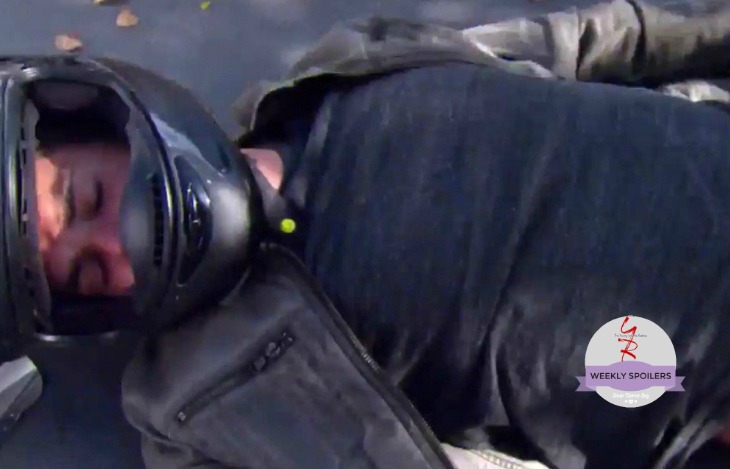 ‘The Young and The Restless’ (YR) spoilers for the week of May 30 reveal that Phyllis faces temptation, Adam needs answers, a new couple fast tracks their relationship, and another couple goes so fast they face life-and-death danger.

Summer Newman [Hunter Haley King] is falling super-hard for her sexy Spaniard Luca Santori [Miles Gaston Villanueva] and stuns him when she wants to take the next step and fast-track their relationship to the next level.

Summer invites Luca to move in with her. But was this Summer’s idea or was she manipulated? Did Luca somehow plant the seed that they should be closer so she would ask for more? It’s better for Luca if Summer does the asking since the Newmans don’t trust him.

Related: Mariah And Natalie Compete For Kevin – Which Woman Will He Choose?

Adam Newman [Justin Hartley] goes back to see Victor Newman [Eric Braeden] in prison and Victor seems happy to see his black sheep son. Has Victor backed off his aggressive revenge stance? Y&R spoilers tease that Victor wants to reunite the family rather than tear them apart.

Victoria Newman [Amelia Heinle] takes out her frustrations on new guy Travis [Michael Roarke]. Has Travis figured out he’s been sleeping with the Newman Enterprises CEO? Travis is not pleased and tells Victoria to get out of his bar.

Whatever baggage Travis has, it seems like he doesn’t like the idea of her privileged lifestyle. Victoria snaps back that she was right to keep her identity from him. Looks like these two are done, right? Nah. There’s too much chemistry there – we can expect them to heat up again soon.

Billy Abbott [Jason Thompson] will NOT leave his brother’s wife alone and it looks like his smooth talking about their future together will tempt her. Billy woos Phyllis Abbott [Gina Tognoni] and asks her to go for a motorcycle ride with him.

Phyllis tells Billy “let’s go” but it looks like she’ll get far more than she bargained for and this could put her in a very bad light with Jack Abbot [Peter Bergman]. There’s an accident, Billy is hurt and Jack has to break the news to a horrified Jill Abbott [Jess Walton].

Will Billy come out of the bike crash in one piece? Will Jack want to know why his wife was with his brother yet again? Looks like tons of action coming next week on Y&R. Be sure to tune in to Soap Opera Spy often for day-ahead ‘The Young and The Restless’ spoilers plus news and more!

Fasten your seat belts! It’s a bumpy ride NEXT WEEK on The Young and the Restless! #YR pic.twitter.com/XKVsVAWqXm