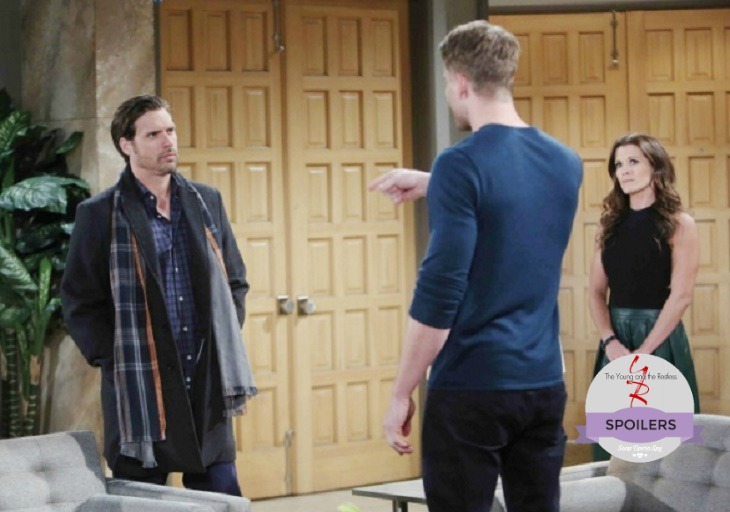 “The Young and the Restless” spoilers tease that Adam Newman (Justin Hartley) will ask someone surprising to help him find evidence that he is innocent of murdering Constance Bingham (Sally Kellerman). The evidence they do find brings Nick Newman (Joshua Morrow) to his knees when he finds out that Christian was never his son—he was Adam’s child.

Soap Opera Digest reveals that Adam will beg Nick to help him clear his name. He acknowledges that he may not like him, but deep down he knows that Adam is innocent of murder. Nick agrees to help him and go against the Moustache. They both agree that it is quite possible that Victor Newman (Eric Braeden) had a fake journal made and planted in Nick’s apartment with the purpose to frame Adam.

Related: Mariah And Natalie Compete For Kevin – Which Woman Will He Choose?

Their partnership will be short-lived when their investigation uncovers something unsettling for Nick. He learns that Adam was Christian’s father, and Sage Newman (Kelly Sullivan) knew about it and kept quiet about it. The news sends Nick reeling, prompting another confrontation with his brother, Adam.

“The Young and the Restless” spoilers hint that Nick rushes over to Adam’s condo, only to find Chelsea home. Chelsea tries to explain that Adam lied about Christian’s paternity because it was Sage’s wishes and he was (really) trying to protect him. The spoilers tease there could be an epic battle between the men, leading up to the revelation that Christian is alive.

The part of the story that sends Nick off the edge is when he learns that Adam knew he was Christian’s father, but stayed quiet. Of course, Adam will tell him he only stayed mum because that’s what Sage wanted. Will that be enough to calm Nick down? It’s not likely. Head scribe, Chuck Pratt previewed that Nick will be on a mission to destroy Adam for “Lying” about Christian’s paternity.

It’s clear that the show is putting the men at odds on purpose, to bring conflict for Christian’s reveal. Right now, Sharon McAvoy (Sharon Case) refuses to let anyone know that Sully is really Christian, but that will change soon. She will have no other choice, at some point, but to admit that Christian is alive, and she’s known for months.

Don’t forget to come back to Soap Opera Spy later for more “The Young and the Restless” spoilers, news, and updates.