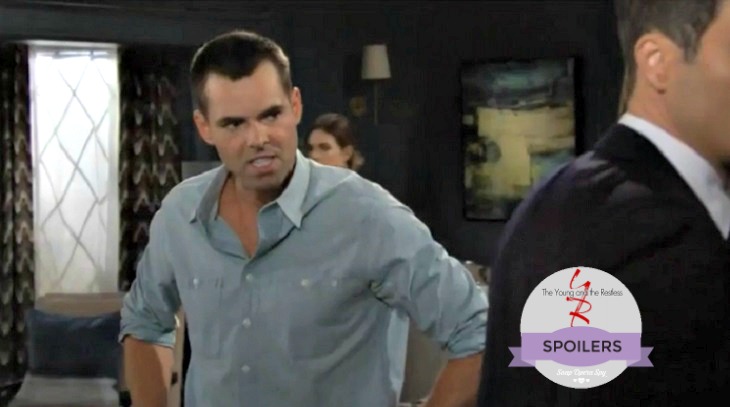 “The Young and the Restless” spoilers for Thursday, July 21, tease that Nick (Joshua Morrow) will have a heated confrontation with Luca (Miles Gaston Villanueva). At the athletic club, Nick states that Luca will leave town if he really loves Summer (Hunter King). Luca protests, but Nick won’t give up.

Nick hints that Victor (Eric Braeden) won’t approve of Summer and Luca’s relationship when he gets out of prison. It could destroy Summer’s bond with her grandfather. Meanwhile, Summer chats with Phyllis (Gina Tognoni) about her separation from Jack (Peter Bergman). Phyllis suggests that love isn’t always enough to keep a couple together. 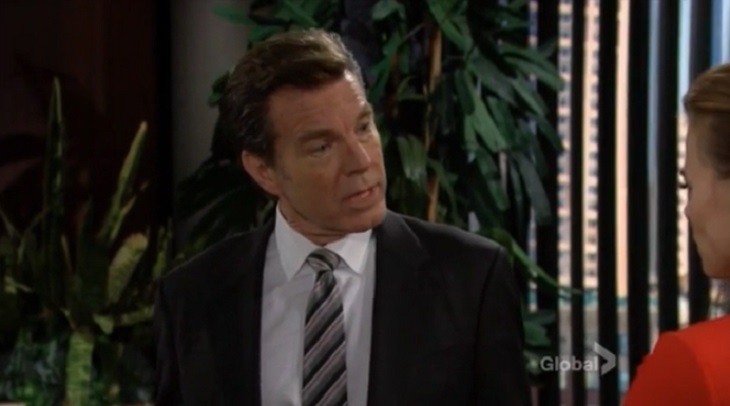 Luca finds Summer later and says he’s leaving Genoa City. He doesn’t want Summer to lose her birthright by choosing him. Luca plans on staying in a suite until he can leave for Madrid. He quickly rushes off. Nick appears and stops Summer from going after Luca. Summer realizes that Nick must’ve talked Luca into this. She angrily insists that she’s willing to walk away from everything to have Luca in her life. At Jabot, Jack speaks with Ashley (Eileen Davidson) about Phyllis’ lies. He says Phyllis never took the jet and Ashley teases about Phyllis having an affair. 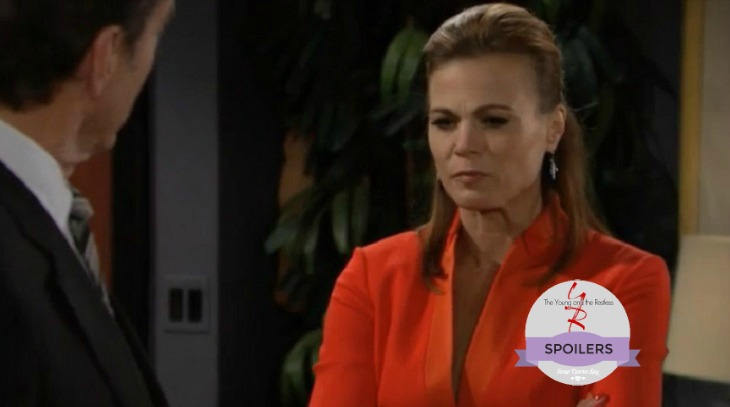 Phyllis arrives and Jack confronts her in private. He wants to know why the pilot said Phyllis never stepped on the plane. Phyllis says she flew commercial to cut costs. They discuss the issue of trust and Jack leaves. Phyllis recalls separate moments with Billy (Jason Thompson) and Jack. She breaks down in tears on the floor.At the hospital, Devon (Bryton James) won’t let Dr. Neville (Michael E. Knight) treat Hilary (Mishael Morgan). He says they’ve found a new doctor. Dr. Neville thinks he’s the only one who can save Hilary and Ashley speaks up on his behalf. Devon and Hilary aren’t convinced. Hilary learns she’s being released and Devon asks her to come home with him.

You Might Also Like —> Jason Thompson And Wife Paloma Pose For New Family Photo With Baby Bowie – See It Here!

At Billy’s house, he informs Victoria (Amelia Heinle) that he didn’t put Brash and Sassy up for sale. He guesses it was a hostile takeover. When Cane (Daniel Goddard) shows up, Billy assumes he’s involved. He throws a punch and Cane does the same.

Cane contends that Billy only has himself to blame for this. Billy left the company vulnerable by taking out too many loans.Billy gripes about Cane being a mama’s boy. Victoria pipes up that she’s the one who should be running Brash and Sassy. Nobody can handle it like her. After Cane exits, Victoria lashes out at Billy and leaves in a huff. Billy calls Jill (Jess Walton) and it goes to voicemail. He leaves an angry message demanding to speak with her. 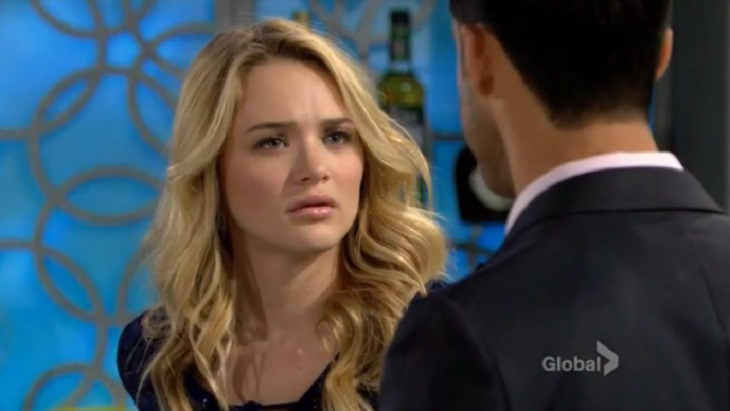 Cane meets up with Lily (Christel Khalil) and fills her in on the brawl. He says he’s heading up the new line at Chancellor. Lily is excited by the news and they celebrate at The Dive Bar. Meanwhile, Luca is surprised when Summer comes to see him in his suite. She wants Luca to stick around. Summer suggests she can give up everything to be with Luca. She resolves to make it on her own.

Other “Young and the Restless” spoilers say Jack will pay Billy a visit. At home, Billy is on the phone ranting when Jack arrives. Jack likes the fire he sees in Billy and tries to convince him to come back to Jabot. He thinks Billy and Phyllis would make a great team. Billy says he needs to focus on sorting this Brash and Sassy mess out.

Jack admits he accused Phyllis of deceiving him about the plane. Billy doesn’t think Phyllis wants to hurt Jack. At Newman Enterprises, Nick and Victoria debate what will go down with Luca. They worry Summer will get caught in Victor-related turmoil once he’s released.

Speaking of that release, we’ll soon find out if it’s going to happen. Court will be in session on Friday’s episode. Y&R rumors hint that we’re in for some shocking moments. That seems to be the norm when it comes to action in the courtroom. Stay tuned for updates on Victor’s fate.