‘The Young And The Restless’ News: Jason Thompson And Wife Paloma Pose For New Family Photo With Baby Bowie – See It Here! 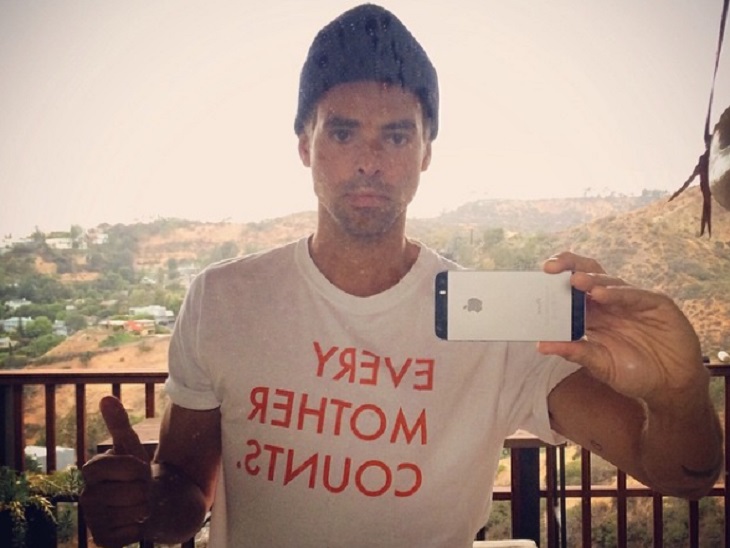 ‘The Young And The Restless‘ star Jason Thompson has won over the hearts of the CBS soap opera fans since he took over the role of Billy Abbott.  I think we can all agree that the ‘General Hospital’ alum (formerly Dr. Patrick Drake) is killing his new gig.  But, playing the part of Billy Abbott isn’t the only new job that Jason Thompson recently started, he also became a first time father this year to a beautiful baby boy named Bowie.

When Jason Thompson and his wife Paloma Jonas announced that she was pregnant with baby number one, soap fans were thrilled by the exciting news.  On May 25 2016, Jason took to social media and announced that his and Paloma’s healthy baby boy had finally arrived, and he was given an awesome name, “Bowie Banjo.”

Since the birth of baby Bowie, Jason and his wife Paloma have been keeping ‘The Young and the Restless’ fans updated on their newest addition with photos on Instagram.  This week Paloma posted a beautiful new black and white photo of herself, Jason, and baby Bowie posing in the middle of the woods.  This snapshot is certainly one for the mantle place!

If only you could hear the snore x2 💤 #BowieBanjo

Today, Jason also posted a brand new photo of Bowie Banjo, up close and personal, and he captioned it “My new priority in life is to stare.”  Baby Bowie is getting so big, it’s hard to believe that the adorable newborn will be turning 2 months old in just a few days!  Are you as obsessed with Jason Thompson’s handsome baby as we are?  Let us know in the comments below and don’t forget to check Soap Opera Spy daily for news and updates on all of your favorite ‘Y&R‘ cast members.