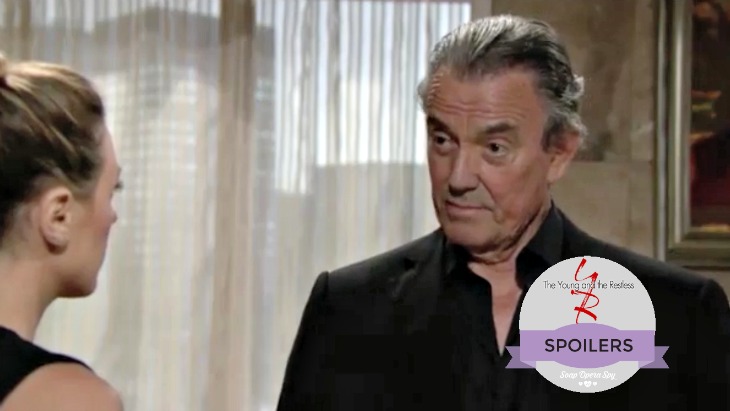 “The Young and the Restless” spoilers for Monday, August 8, tease that Kevin’s (Greg Rikaart) admission will surprise Mariah (Camryn Grimes). He’ll insist that he wants to get reunite with Chloe (Elizabeth Hendrickson). Kevin has given plenty of signals to suggest this was coming, but actually hearing it will catch Mariah off guard.

As if that wasn’t jarring enough, Kevin will state that he wants Mariah’s help to make it happen. Kevin couldn’t make this more awkward if he tried. He’s asking his ex to help him get back together with his other ex. This is a big no-no, but Kevin intends on doing it anyway. Stay tuned to hear what Mariah has to say about it.

Meanwhile, Victoria (Amelia Heinle) will go along with Billy’s (Jason Thompson) idea. Billy is hoping Victoria will return to the company so they can push Cane (Daniel Goddard) out. In Monday’s episode, Victoria will tell Jill (Jess Walton) that she’d very much like to come back to Brash and Sassy.

The news will have Jill on cloud nine. She’ll cry out in excitement and grab Victoria for a tight hug. Jill wants Victoria and Billy to grow closer. She’ll obviously view this as a step in the right direction. It should be interesting to see if Jill’s plot will go as planned.

Other “Young and the Restless” spoilers indicate that Victor (Eric Braeden) will get fed up with Chloe. He’ll stop by the penthouse to deliver another stern warning. Victor will urge Chloe to think of her baby girl. He knows that Chloe values her daughter above all else.

Victor will maintain that he wants those journal pages and he’s going to get them. If Chloe doesn’t come through for Victor, he could try to take Bella (Cali May Kinder) away from her. Bella could become Victor’s bargaining chip if Chloe isn’t careful.

Chloe could try to expose Victor in return, but that would create problems for her as well. Victor is aware that Chloe can’t out him without revealing her own part in the setup. Y&R rumors hint that Victor will soon make a bold move to show Chloe that he means business.

Will Chloe eventually cave in and hand over the missing entries? We’ll have to wait and see, but it’s clear that we’re dealing with two cutthroat characters. Stick with the CBS soap for updates on this fierce battle.

‘The Bold and the Beautiful’ Spoilers: Liam Urges Steffy to End Marriage, Leave Quinn Drama Behind – Eric Has Honest Chat with Wyatt

‘The Young And The Restless’ Spoilers: Jill Reunites Billy And Cane At Brash & Sassy – Powerful New Business Partners, Or Disaster Waiting To Happen?