‘The Young And The Restless’ Spoilers: Jill Reunites Billy And Cane At Brash & Sassy – Powerful New Business Partners, Or Disaster Waiting To Happen? 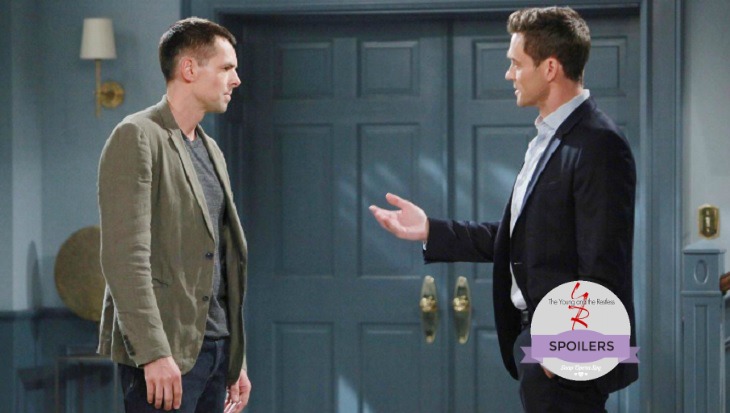 Billy (Jason Thompson) and Cane (Daniel Goddard) have been given an opportunity by Jill (Jess Walton) on ‘The Young and the Restless’. She doesn’t want her boys fighting. Instead, she wants both men to unite their talent in the best interests of Brash & Sassy.

In a move that Katherine (Jeanne Cooper) likely approves of from high above, Jill has maneuvered her ever-dysfunctional biological son Billy and the man who she thinks of as a son, Cane, into co-CEO positions at Chancellor Industries newest division. The iconic Newman Industries brand was initially taken from Victoria (Amelia Heinle) by Billy. Then, a typical lack of focus allowed Cane to use a financial lever to snatch the cosmetic company from his hands.

The entire Phyllis (Gina Tognoni) issue has created nothing but trouble for Billy. Yet, that’s what this erratic moth has consistently been drawn to since Billy Miller shined in daytime. Thompson’s brooding version of the younger Abbott brother offers a different view than Miller’s lauded creation once did on ‘The Young and the Restless’. Billy 2016 is reckless, but not frenetic, which seems like a smart play. Imitation isn’t a form of flattery in the acting game.

Cane was waiting for the right time to reenter the world of big business. While he loved working with Lily (Christel Khalil) at the Athletic Club, she encouraged her husband to accept Jill’s offer because she knew the opportunity matched his skill set and current career needs. But, Cane needs to make sure that Billy doesn’t push him off course as he’s done to Phyllis on ‘The Young and the Restless’.

The ‘Philly’ story is a secret scandal that has the potential to crush many lives and reverberate for awhile. Thankfully, Jill became aware of that relationship and began working overtime to refocus Billy on work and family. Her subsequent offer to Vickie to return to the company she founded was wise. Like many caring mothers whose children have gone astray, Jill simply wants to direct Billy toward what he can reclaim, rather than allow him to continue seeking empty thrills.

‘The Young And The Restless’ Spoilers: Jill Blackmails Phyllis, Orders Her Stay Away From Billy – Will Phyllis Stay True To Jack?