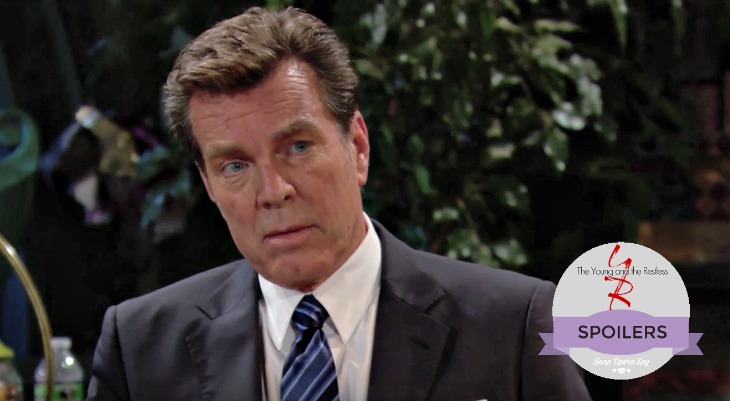 “The Young and the Restless” spoilers for Friday, August 5, tease that Sharon’s (Sharon Case) poison ivy will halt her camping trip. At the campsite, Mariah (Camryn Grimes) says she’ll stay with Faith (Alyvia Alyn Lind) while Dylan (Steve Burton) takes Sharon to get checked out. Once they’re alone, Faith quizzes Mariah about when she was a kid.

Mariah opens up a little and they’re both glad they’re family now. Meanwhile, Abby (Melissa Ordway) chats with Stitch (Sean Carrigan) at the hospital. She says she made Labor Day plans, which include renting a lake house. Abby wants Max (Jared Breeze) to come with them, but Stitch doesn’t think it’s a good idea.

When Dylan and Sharon arrive, Abby holds Sully while Stitch watches. Sharon gets an injection for her poison ivy and Dylan talks to Stitch about camping with his son. Stitch wants to be able to teach Max things like that as well.

Jill loads Victoria up on plenty of rum as she shares Billy’s awful marketing plan for Brash and Sassy. Victoria gets agitated over the news and insists she’ll talk some sense into Billy. She stumbles outside to catch a cab. 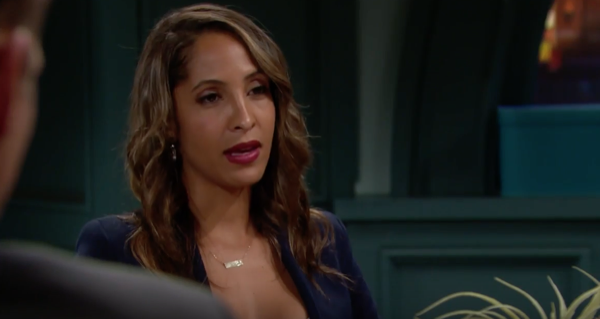 At a meeting, Lily (Christel Khalil) wants Hilary (Mishael Morgan) off the board. She makes a motion to remove Hilary immediately. Devon (Bryton James) pipes up and an argument starts. Jack (Peter Bergman) tries to settle everyone down. Hilary makes her case to Jack and Phyllis (Gina Tognoni) has a problem with it. She accuses Hilary of using Jack and gripes about her making moves on him during her relapse.

Lily takes a few verbal jabs at Hilary and Billy defends Phyllis. When Billy talks about their goals at the foundation, Neil (Kristoff St. John) agrees that their mission comes first. They all vote and Jack ends up with the deciding one. He contemplates kicking Hilary off the board, but she blurts out that they’re about to settle the lawsuit.

Jack thinks it’s a good compromise and allows Hilary to keep her spot. After the meeting concludes, Phyllis reminds Billy that their romance is over. Elsewhere, the rest of the gang is still bickering about the vote.

Devon and Hilary finally break away from the crowd. He wants to make sure Hilary knows what her priorities are. She replies that Devon is her priority now. Hilary hopes to focus on loving him. In the dining room, Jill notices Phyllis cozying up to Jack. Phyllis hints that nothing will interfere in their relationship. Jill murmurs to Phyllis that it was convincing.

Abby makes a call at the pool bar. She notifies Max’s facility that she’d like to check him out for Labor Day. Abby wants to surprise Stitch. She’s shocked by the response she gets from the worker. Ashley (Eileen Davidson) walks over and wonders what’s wrong. Abby doesn’t think Stitch trusts her. She wasn’t placed on the facility’s list of family members for Max. 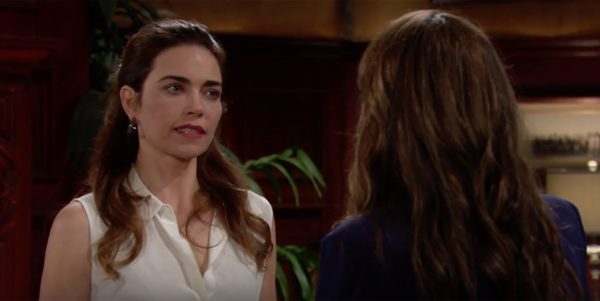 Other “Young and the Restless” spoilers say a drunken Victoria will confront Billy about his Brash and Sassy plans. At the B&S office, Billy gets a chuckle out of Jill’s strategy. He assures Victoria that Cane was the one with the terrible marketing proposal.

Billy notes that Victoria has had too much to drink. They talk about getting drunk in Jamaica once. Billy recalls how beautiful Victoria was. He wants Victoria to help him get Cane out of the company. Victoria moves closer to Billy and conks out on his lap.

Dylan and Sharon make it back to the campsite. They share a warm family moment. At the hospital, Abby tells Stitch that she called the facility and she’s not on the list of Max’s recognized family members. 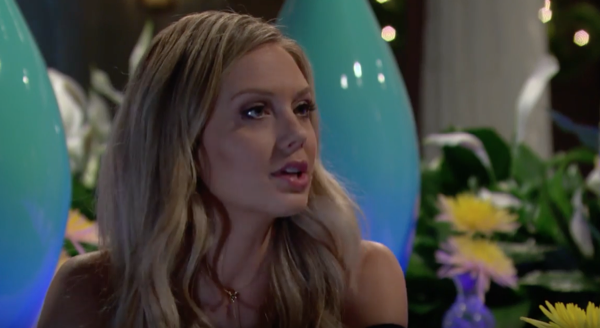 Stitch brushes it off and talks about seeing Abby with Sully earlier. He confesses that he’s not ready for another baby after all. Abby understands and is willing to wait. Y&R rumors hint that Abby and Stitch’s problems will continue. Stick with the CBS soap for updates on their uncertain future.

‘Days of Our Lives’ Spoilers Friday August 5: Jack Consoles Jennifer in her Fantasy – Justin in Hot Water – Rafe and Hope Set the Mood for Love

‘The Bold and the Beautiful’ Spoilers: Liam Urges Steffy to End Marriage, Leave Quinn Drama Behind – Eric Has Honest Chat with Wyatt