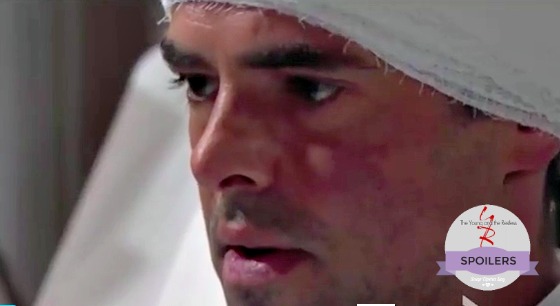 “The Young and the Restless” spoilers for Friday, January 22, tease that Billy (Jason Thompson) will decide to share the details of the flashbacks he’s been having. Victoria (Amelia Heinle) will listen as Billy talks about what he saw. He’ll say he remembers the car that hit him.

This certainly isn’t good news for Noah (Robert Adamson). Since Billy knows the license plate number, it looks like Noah is toast. Of course, Noah didn’t mean to back over Billy. It was simply an accident, but we all know how Billy treated Adam (Justin Hartley) after he inadvertently hit Delia (Sophie Pollono).

Noah should have come forward immediately, but fear got the best of him. Nevertheless, maybe this whole ordeal will help Billy see things from a new perspective. In the meantime, Billy will try to process what he’s been through. Jack (Peter Bergman) will let Phyllis (Gina Tognoni) know that Billy is in a good place right now, but Kevin (Greg Rikaart) won’t be so sure.

Between the lost deal and his returning memories, Billy will probably be on edge. Victoria will try to be there for Billy and support him every step of the way. Now that they’ve been given their umpteenth chance, Victoria won’t let anything spoil their happiness.

Elsewhere, it seems Paul (Doug Davidson) will worry that Dylan (Steve Burton) could incite Victor’s (Eric Braeden) wrath. Dylan’s plan may sound great on paper, but implementing it is another story entirely. There are plenty of ways all of this could go wrong. “The Young and the Restless” viewers know that Victor can’t stand it if he isn’t in total control of every situation.

Friday’s preview video shows Paul explaining that he knows Victor Newman. If someone threatens Victor’s family, it causes a bad scene. When that happens, Victor likes to make himself judge, jury and executioner.

Dylan could get caught in the crossfire if the scheme goes downhill. Still, Dylan will want to give his plan a shot. Y&R rumors hint that Dylan’s efforts may be rewarded. Stick with the CBS soap for updates on the drama to come.