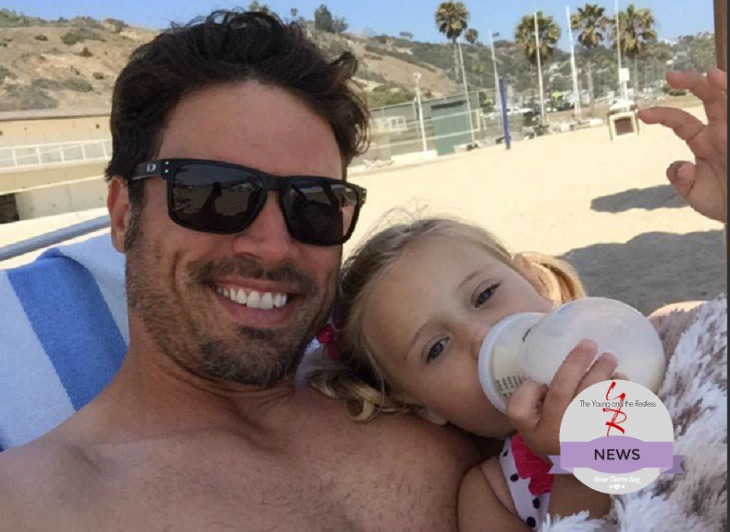 ‘The Young And The Restless’ star Joshua Morrow (Nick Newman) revealed on social media that his family just underwent a major crisis.  If you follow Josh Morrow on social media then you aware that the ‘Y&R’ star is the dad to four adorable kids.  Morrow has three sons Cooper, Crew, and Cash, and a baby girl named Charlie Jo who is just three years old.

Josh took to Twitter on January 19th to let his followers and ‘Y&R’ fans know that Charlie Jo had an accident and broke her leg playing on the family’s trampoline.  Joshua  tweeted, “Have I mentioned how much i hate trampolines?”  Morrow also posted a photo of his adorable daughter lying on the couch with her broken leg in a pink cast, surrounded by her favorite toys and stuffed animals.  He captioned the picture, “In case u were thinking of a trampoline for the back yard…..put in a hoop instead.” 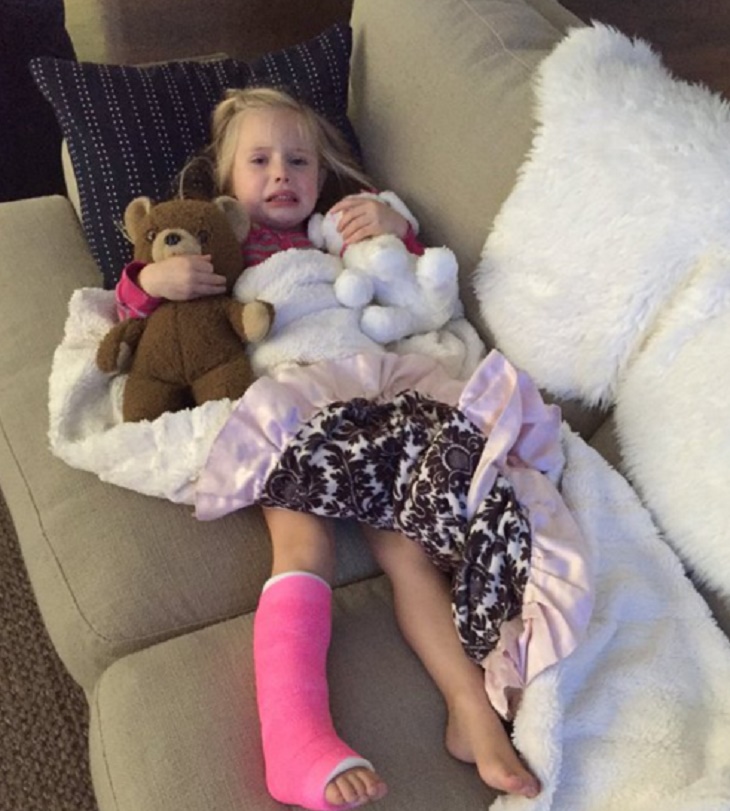 Charlie Jo looks like a little trooper – and we’re sure her doting dad Joshua will see to it that she is waited on hand and foot and spoiled rotten during her recovery.  It looks like even soap stars have to make trips to the emergency rooms with their little ones!  I think we can all feel for Charlie Jo, seriously who hasn’t had a trampoline mishap?  Those things are dangerous!  Soap Opera Spy would like to wish Charlie a speedy recovery, and all the best to Joshua Morrow and his adorable family.

‘The Young And The Restless’ News: Jason Thompson Confirms Wife Paloma Jonas Is Pregnant With Baby Number One