‘The Young And The Restless’ News: Jason Thompson Confirms Wife Paloma Jonas Is Pregnant With Baby Number One 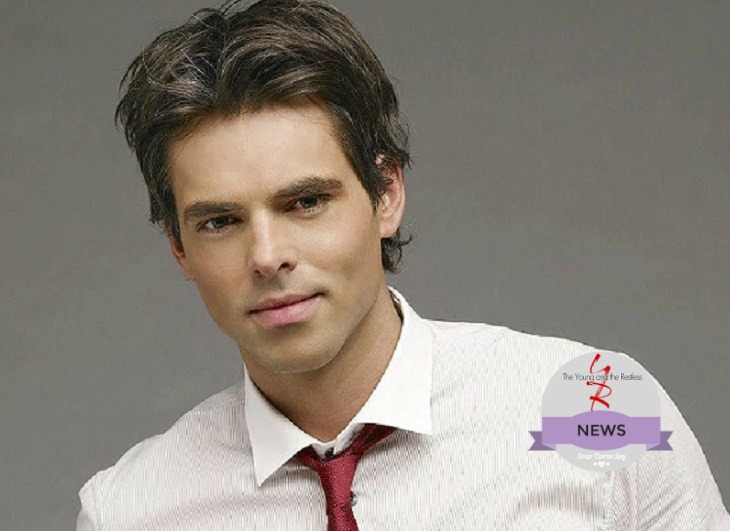 ‘The Young And The Restless’ star Jason Thompson is going to be a dad!  The Billy Abbott actor confirmed to Soap Opera Digest that his wife Paloma Jonas is pregnant with baby number one.  According to the ‘Y&R‘ star – his wife is set to give birth to their first child together in May 2016.

Soap Opera Spy actually reported Jason and Paloma’s big news back in November.  Jason’s former ‘General Hospital’ co-star Chad Duell accidentally let the secret slip in a live Periscope video he was broadcasting behind the scenes of the ABC soap opera.  When Chad realized it wasn’t common knowledge yet, he quickly turned off the camera.

Now that Paloma is safely past the first trimester of her pregnancy – it looks like she and Jason are ready to go public with the exciting news.  The proud soon-to-be-dad dished to Soap Opera Digest, “It’s just another crazy change in the world of my world changing.  I’m very excited about it.”

2016 is shaping up to be a big year for Jason Thompson, first there was his emotional exit from ‘General Hospital,’ as Dr. Patrick Drake.  Then his big arrival on ‘The Young And The Restless‘ as Billy Abbott.  And, in just  few short months he will be meeting his newborn baby!  Soap Opera Spy would like to congratulate Jason and Paloma on their baby news and wish them and their growing family all of the best.

Related: Should Billy And Victoria Get Another Shot At Love? Vote Now!

So ‘Y&R‘ fans – what do you think of Jason Thompson’s big news?  Do you think he will miss any time on ‘The Young And The Restless’ when his baby is born?  Do you think it is a baby boy or a baby girl? Share your thoughts in the comments below and don’t forget to check Soap Opera Spy for news and updates on all of your favorite soap stars.