‘The Young And The Restless’ Spoilers: Natalie Rightfully Concerned By Chloe’s Return To Kevin’s Life 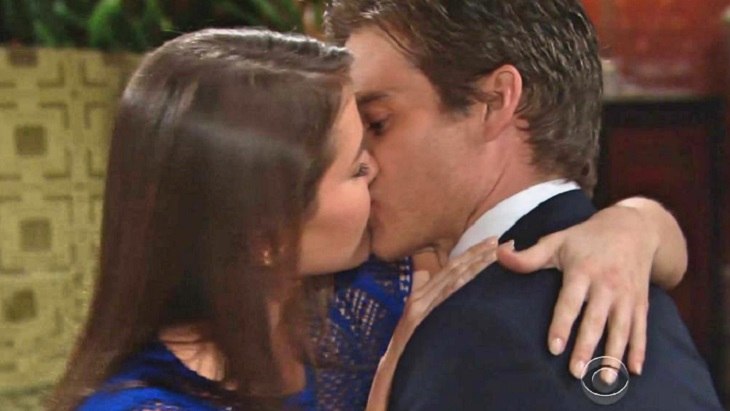 Natalie’s (Mara McCaffray) arrival in Genoa City basically neutralized Mariah (Camryn Grimes) as one of Kevin’s (Greg Rikaart) romantic options on ‘The Young and the Restless’. However, the unexpected return of Chloe (Elizabeth Hendrickson) from California poses a different challenge for this somewhat naive hacker. Chloe is Kevin’s ex-wife and could be the mother of his first child, regardless of what initial paternity test results for Bella (Cali May Kinder) revealed. Those two main points surely aren’t easy to handle for someone who’s a few months into her first meaningful personal relationship.

Mariah may have squandered her opportunity to be with Kevin right now. That’s partially why she verbally slices Natalie whenever the chance arises. This week Mariah told Natalie that Kevin’s true love is Chloe. That unsettling possibility, combined with Kevin’s openness to potentially being Bella’s dad, naturally made Natalie insecure.

Fans of ‘The Young and the Restless’ first met this Swiss native in January. Kevin made direct contact with her in Europe while he was exploring the ill-fated Paragon Project and began to fall in love. Natalie’s natural good looks were initially masked by a lack of fashion sense, large glasses, and underdeveloped social skills. However, since she shared a crooked vocation with Kevin and a sense of personal chemistry, the power couple ‘Katalie’ soon formed.

Kevin isn’t currently in love with Chloe. But, Natalie’s lack of relationship experience puts her in the position of needing to be a quick study. With Mariah waiting for an opportunity of her own, Natalie must learn how to give her boyfriend some space while simultaneously maintaining a proper place in Kevin’s life.

Plenty of plot has played out since the ‘Chipmunk’ (Kevin) and his partner in crime (Chloe) ran wild on ‘The Young and the Restless’. However, ‘Khloe’s’ history can’t be fully discounted at this time. Natalie must learn to balance matters of the heart, which surely won’t be easy. As she attempts to develop her personal relationship with Kevin, Natalie must also carefully play all interactions with Chloe.

‘General Hospital’ Spoilers: Tensions Rise Between Maxie And Nathan, Griffin Copes With Claudette’s Arrival – Who Will Wind Up With Who?