‘Days of Our Lives’ Spoilers Friday August 5: Jack Consoles Jennifer in her Fantasy – Justin in Hot Water – Rafe and Hope Set the Mood for Love 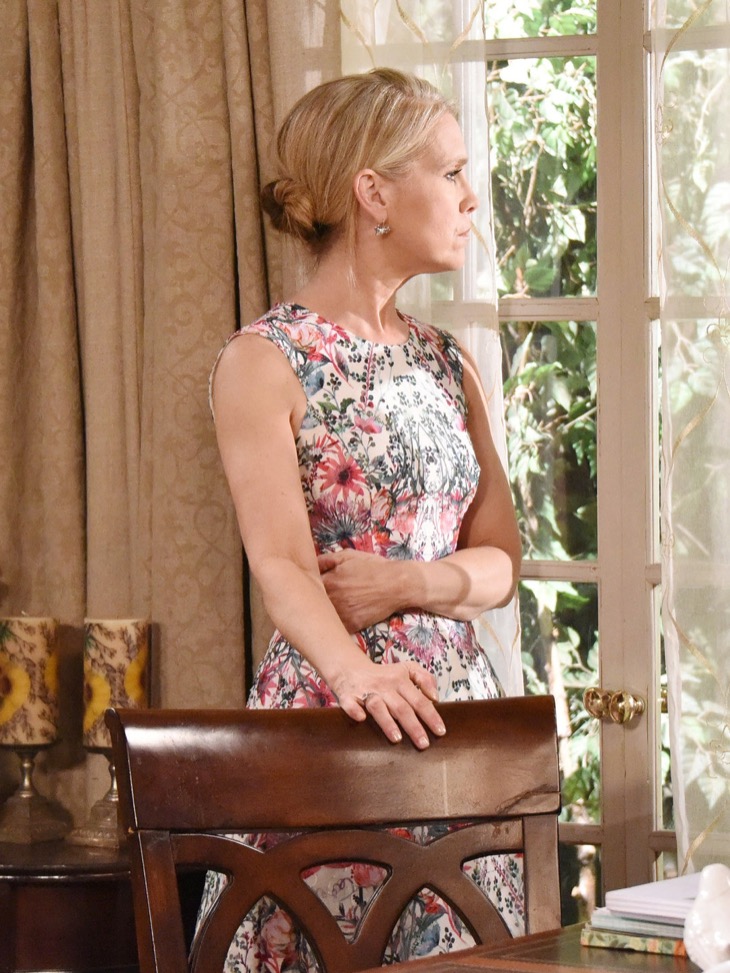 “Days of Our Lives” spoilers for Friday, August 5, tease that Rafe (Galen Gering) and Hope (Kristian Alfonso) will have romance on their minds as they share a quiet evening together. These two are definitely ready for some peace. They’ve faced nothing but turmoil over the past few months.

Andre (Thaao Penghlis) tried to kill them in an explosion at the abandoned DiMera property, but Hope and Rafe never gave up. They escaped and now they have another chance at love. DOOL spoilers indicate that Hope will grow closer to Rafe during their romantic night. They’ll feel like they’re finally putting the past behind them.

Unfortunately, Andre has no intention of backing off. He still wants Hope to pay the price for Stefano’s (Joseph Mascolo) murder. Rafe covered up the crime and tried to pin it on Andre, so he has a target on his back as well. “Days” fans know that Andre isn’t the kind of guy who forgives and forgets.

Andre will undoubtedly try to use Aiden (Daniel Cosgrove) to his advantage if everything goes according to plan. Aiden intends on securing Justin’s (Wally Kurth) job as the district attorney and it may not be too difficult. Justin destroyed evidence as part of Deimos’ (Vincent Irizarry) test and it’s coming back to bite him.

“Days of Our Lives” spoilers reveal that Justin will find himself in hot water on Friday. He’ll worry that his career could be in jeopardy. Of course, going to prison will be an even bigger fear. Speaking of fears, Chad’s (Billy Flynn) worst one is about to come true. He’ll soon receive confirmation that Abigail (Kate Mansi) is dead.

Marci Miller will be appearing in the role this fall, which means Abigail is still out there somewhere. However, Chad will likely believe the updates he receives. He’ll be devastated at the thought of never seeing his wife again.

JJ (Casey Moss) and Jennifer (Melissa Reeves) will deal with this crushing news in their own ways. Chad will have to listen to JJ’s epic outburst while Jennifer spends some time fantasizing about Jack (Matthew Ashford). “Days of Our Lives” spoilers say Jennifer will imagine that Jack has come to console her.

Abigail’s family will be in a dark place, but brighter moments lie ahead. “Days” rumors hint that life won’t be easy once Abby reenters the picture, but at least her loved ones will know she’s alive. Stay tuned to DOOL and don’t forget to check Soap Opera Spy often for the latest “Days of Our Lives” spoilers, rumors, updates, and news.