‘The Young and the Restless’ Spoilers Wednesday November 2: Dylan and Nick Fight Over the Baby – Mariah Leans on Kevin for Support – Chloe Nearly Slips Up 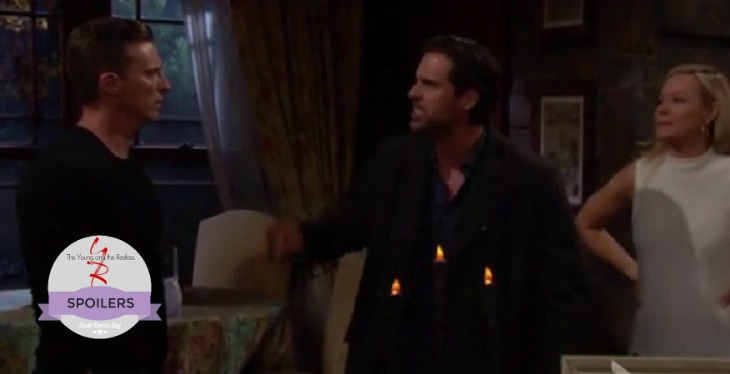 “The Young and the Restless” spoilers for Wednesday, November 2, tease that Chloe (Elizabeth Hendrickson) will nearly let something slip. At The Underground, Chloe chats with Kevin (Greg Rikaart) about Chelsea (Melissa Claire Egan) and how she needs to move on. Chloe suggests that “was the whole reason for…” and her voice trails off. Kevin seems puzzled, but Chloe brushes off her comment.

Kevin decides to ask Chloe if she’ll move in with him. Unfortunately, Chloe isn’t ready to take that step. She doesn’t want to ruin things by rushing their relationship. Meanwhile, Nick (Joshua Morrow) fills Chelsea in on Sharon’s (Sharon Case) confession. He indicates that this is unforgivable.

Chelsea grows concerned about Dylan (Steve Burton). She notes that she put him in a similar situation. Nick recalls that Dylan took off with Connor (Gunner and Ryder Gadbois) and worries he’ll take off with Christian this time. Chelsea offers reassurance, but Nick isn’t convinced. He tries calling Sharon, but there’s no answer. Nick heads back to Sharon’s place to make sure nobody bolts.

Once Nick is gone, Chloe arrives at the penthouse. Chelsea spills the news about Christian and fears Dylan won’t give up Sully easily. At home, Sharon tells Dylan the whole Dr. Anderson (Elizabeth Bogush) story. Sharon admits she covered up her miscarriage and was tricked into thinking Christian was really her baby.

Dylan processes what he’s hearing and finally understands Patty’s (Stacy Haiduk) recent behavior. He pleads with Sharon to tell him she just found out. Sharon confesses that she’s known since shortly before Sage (Kelly Sullivan) died. She reveals that part of the tale and Dylan lashes out at her for her silence.

Mariah (Camryn Grimes) arrives and Dylan assumes she was in on it. When Mariah tries to explain, Sharon just tells her to go. Dylan says Mariah isn’t to blame. He holds his wife responsible for letting Mariah lie for her. Sharon wants Dylan to understand that she hated doing this to Nick, but she wanted to spare Dylan the pain. That goes for Sully, too.

Dylan gripes that Sully deserves better than this and rushes up to see him. In the nursery, Dylan cuddles with the baby and talks about protecting him. Sharon comes in and tells Dylan they should fight for their boy. They’re the only parents he’s ever known. Dylan kicks Sharon out and tears up while he holds Sully. 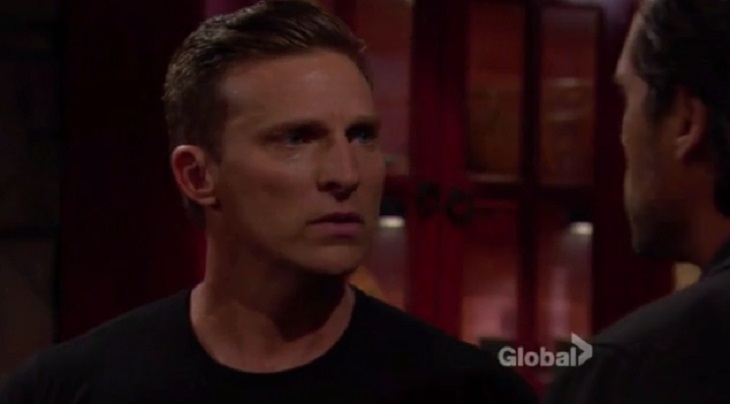 Nick storms in and wants updates on what Dylan knows. Sharon confirms that she told him. Nick announces that he’s taking his son back. Dylan comes down and insists that Nick isn’t taking Sully anywhere. Nick reminds Dylan that his name is Christian. He maintains that he’s leaving with his boy tonight.

At Patty’s facility, Paul (Doug Davidson) talks to her doctor. He learns Patty is claiming she killed Dr. Anderson in self-defense. Paul feels like Patty is just delusional. He heads into Patty’s room and finds her huddled in fear. Patty has been having visions of Dr. Anderson.

Paul points out that Dr. Anderson is dead. Patty reiterates her self-defense claims. She tells Paul that Dr. Anderson was coming after her because of the secret. Paul is confused and pushes Patty to open up. She simply says Dylan will need Paul soon.

“The Young and the Restless” spoilers say Paul will try to figure out what Patty’s hint means. At Crimson Lights, Paul asks Mariah to enlighten him. She plays dumb at first, so Paul says he’ll talk to Sharon. Mariah stops him and sends Kevin a text to meet her there.

Kevin walks in to find Mariah urging Paul to wait. She knows what’s up, but she can’t say until Dylan and Sharon have time to sort it out. Paul is OK with that. Later, Mariah sobs as she tells Kevin she’s in trouble. She warns that everything will change after tonight.

Y&R rumors suggest that Mariah could face some surprising consequences. Both Sharon and Mariah are in for a rough time. Stick with the CBS soap to see what else is in store. 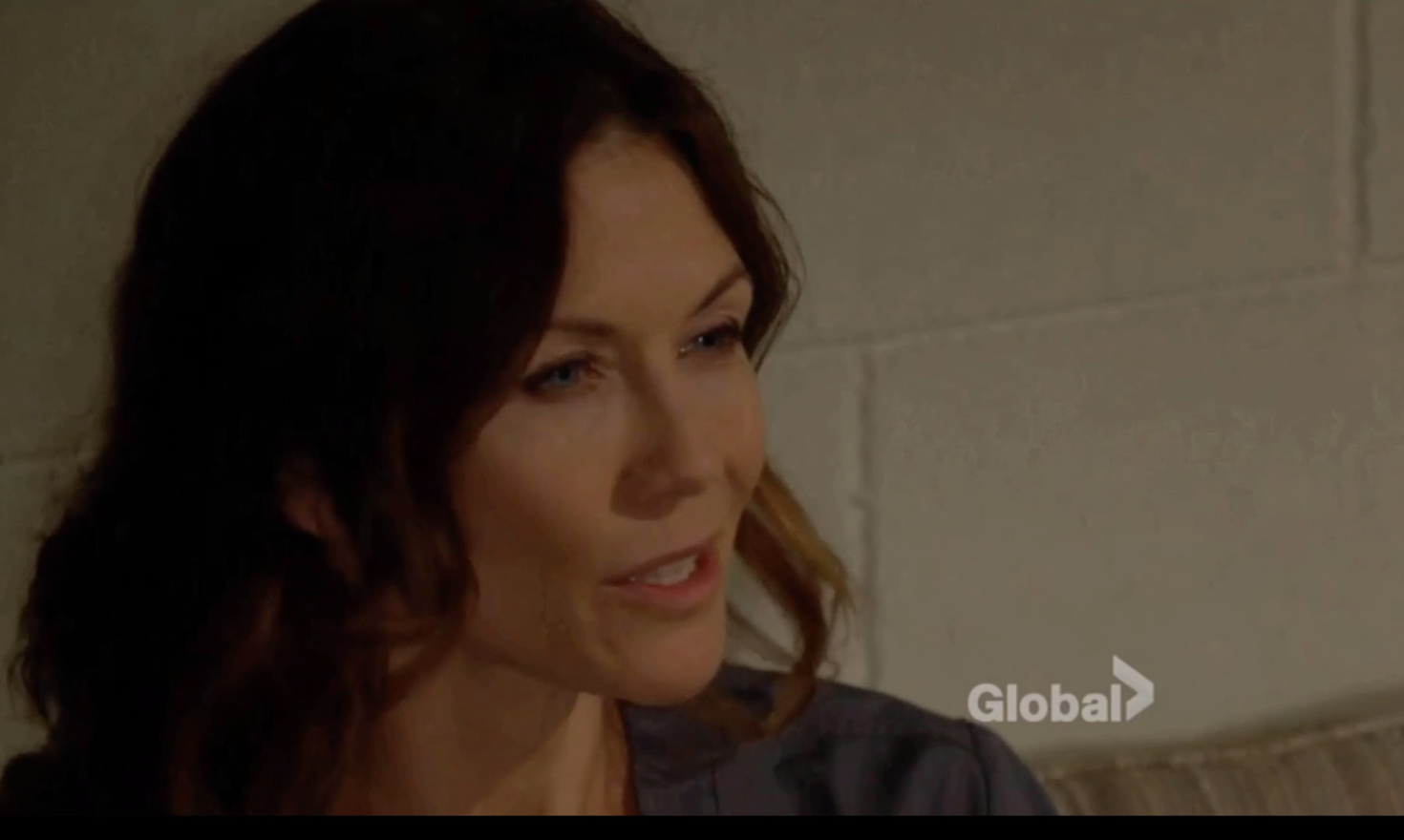 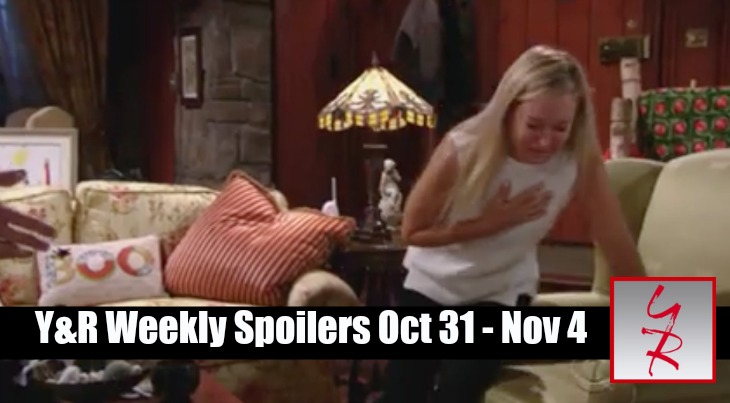 General Hospital Spoilers: Who Owns The Mysterious Black Glove And Has Ammunition To Destroy Ava Jerome For Good?