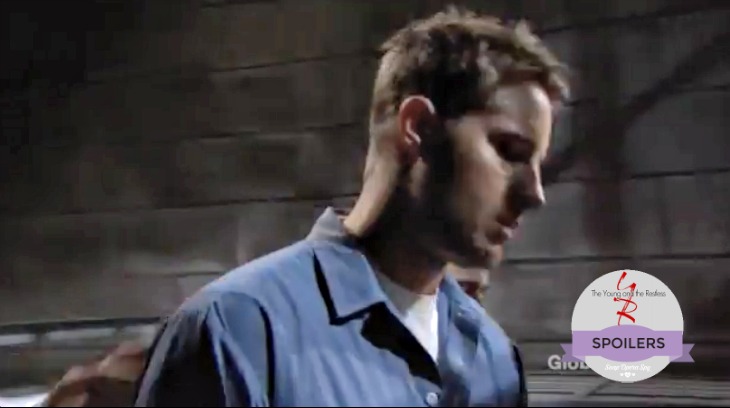 “The Young and the Restless” spoilers for Thursday, August 25, tease that Noah (Robert Adamson) won’t be on board with Summer’s (Hunter King) marriage to Luca (Miles Gaston Villanueva). At Jabot, Sharon (Sharon Case) shows Phyllis (Gina Tognoni) some dresses for the mother of the bride. Phyllis examines one as Noah walks in. He says to put it down because Summer isn’t marrying “that jerk.”Phyllis insists she couldn’t get through to Summer, but Noah won’t accept that. He refuses to calm down and leaves in

Phyllis insists she couldn’t get through to Summer, but Noah won’t accept that. He refuses to calm down and leaves in huff. Meanwhile, Nick (Joshua Morrow) talks to Chloe (Elizabeth Hendrickson) at the penthouse. He confesses that Adam (Justin Hartley) asked him look after Connor (Gunner and Ryder Gadbois). 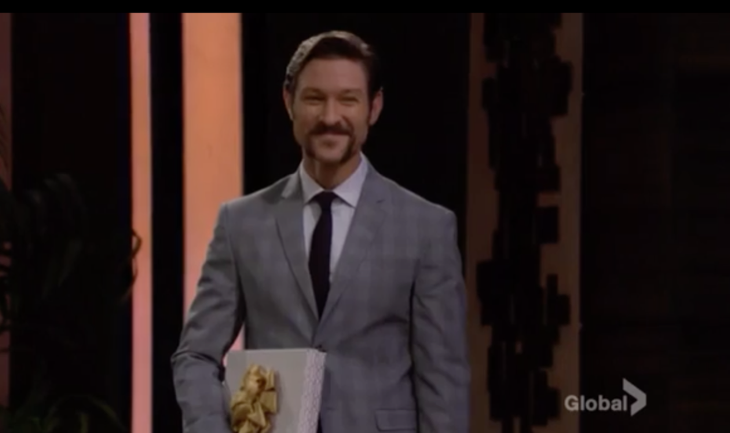 Chelsea (Melissa Claire Egan) overhears and is distraught. She thinks it means Adam has already given up on his family. At Top of the Tower, Summer is elated by Daniel’s (Michael Graziadei) arrival. She wants Luca to meet her half-brother. Introductions are made, but Noah spoils the joyful mood. He starts ranting about Luca, but Summer stands by her man. 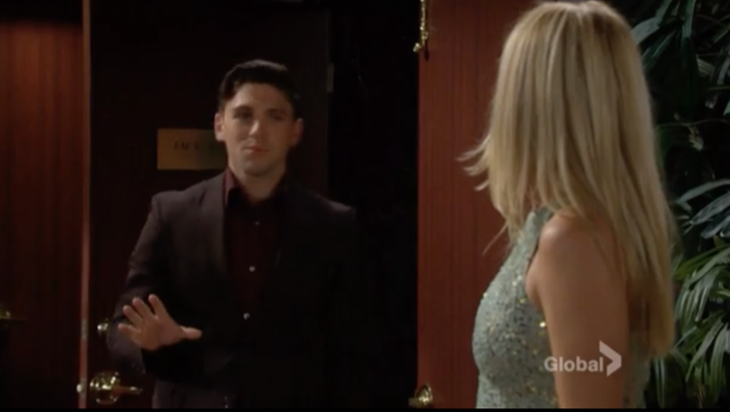 Noah’s tirade continues, so Daniel pulls him away. He hints that Noah needs to cool it. Phyllis comes in and gushes about Daniel’s return. She notes that she’s not fond of his mustache. Phyllis says Nick will stop by after Adam’s sentencing. The party goes on while Noah chugs Champagne.

At the police station, Kevin (Greg Rikaart) gives Dylan (Steve Burton) a tip that might lead them to Bethany’s (Chrishell Stause) whereabouts. Dylan states that he plans on attending Summer and Luca’s engagement festivities. Victor (Eric Braeden) will be at the celebration, so Dylan can rattle his cage.

Nikki (Melody Thomas Scott) quizzes Victor about his plans at the courthouse. Jack (Peter Bergman) appears and scolds Victor for everything he put Adam through. He argues that this shouldn’t have happened and Victor agrees. Adam is taken into the courtroom as Nick shows up with Chelsea and Connor.

Chelsea begs the judge for mercy and the sentence is handed down. Adam gets 10 years in prison. He shares a hug with Chelsea as he prepares to board the transport van. Once Adam is inside, the van takes off. Suddenly, it stops and someone chloroforms Adam. A black hood goes over his head.

At the park, Kevin spends some time with Chloe and Bella (Cali May Kinder). As they await the sentencing news, Chloe confides that she doesn’t want Adam to get out of prison. She hopes to stick around and let Bella get to know the people she cares about. Chloe suggests that Kevin is included in that group.

At the penthouse, Nick consoles Chelsea and vows to step up for Connor. He’ll help him understand how to handle Victor as he gets older. Chloe walks in and gets updates. She tries her best to comfort Chelsea.
Back at the engagement party, “The Young and the Restless” spoilers reveal that more surprises are in store. At Top of the Tower, Victoria (Amelia Heinle) says hello to Victor and Nikki. Dylan finds Victor and offers a warning. He plans to prove that Victor framed Adam. Sharon gets nervous about their encounter and urges Dylan to back off.

Victoria meets up with Nick at the bar. They discuss Travis (Michael Roark) and Victoria wishes she could have talked him into returning. Luca speaks to everyone about his good intentions in this marriage. Travis struts in and the guest’s gape.

Dylan returns to the station and hears about a prison transport problem. He shows up at Chelsea’s place with Kevin and some officers. Chloe and Chelsea are stunned to learn that Adam escaped.

Elsewhere, Victor takes the hood off Adam’s head. What will Victor’s next move be? Y&R rumors hint that trouble is brewing. Stick with the CBS soap to see what lies ahead.

‘The Young and the Restless’ POLL: Should Kevin and Mariah Reunite or Stick to Friendship? VOTE!