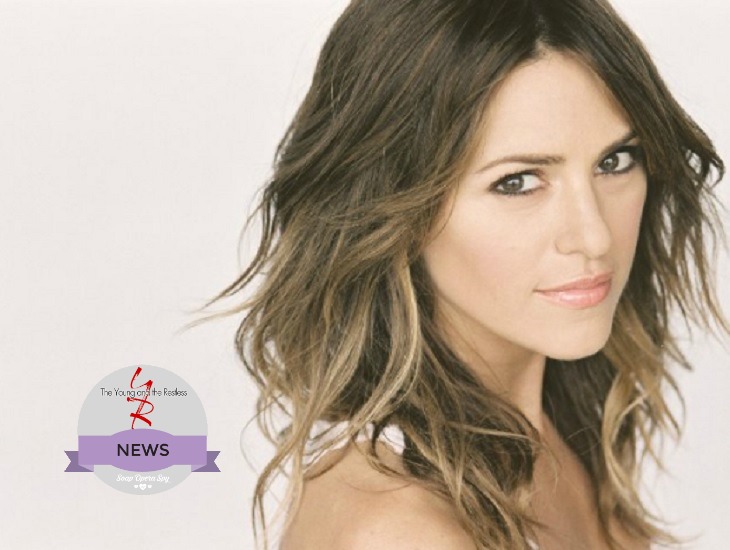 Chloe (Elizabeth Hendrickson) mapped out a plan in her mind before returning to Genoa City on ‘The Young and the Restless’. Chelsea (Melissa Claire Egan), a reformed con woman in her own right, is buying this reform angle. And, Adam’s (Justin Hartley) attempts at provocation resulted in Chloe responding with a perfectly plausible philosophical pitch. Beneath this character lies Hendrickson, who’s pulling the script strings. Yes, she’s not only back on her game, but also offering command performances in daytime.

It can’t be easy to step back into a role that she hasn’t played for awhile. But, Hendrickson’s Chloe revival on ‘The Young and the Restless’ easily earns rave early reviews. Savvy viewers guessed that Chloe was the mystery woman Victor (Eric Braeden) met with when he was incarcerated and plotting to frame Adam. However, Hendrickson has taken what Y&R’s writers have given her in 2016, and is masterfully creating a far more nuanced version of Chloe than has ever been seen.

No longer is she simply a reckless soul, flailing at everyone in her path. This Chloe seems to have used her latest mental health break to revise her life’s strategy. Initially thoughts of this character still being unbalanced might not be on point. Instead, she appears to have invented a personal rebranding strategy that combines the engineered birth of Bella (Cali May Kinder), a form of justice for Adam, and measured reconnections with family and friends on ‘The Young and the Restless’.

Hendrickson’s talent is being projected through the noticeable restraint that Chloe now exhibits. She’s playing a mother who’s buried grief has spurned a vigilante justice plot. Fragility transformed into a fierce view of the world where an aggressive assault on reality leaves room for no one to damage her life, or that of her new child, again. And with this entertainment gift a five-word, repetitive sentence must be offered to the fine actor who’s found multiple new levels within this established character. Kudos, kudos, and kudos again.