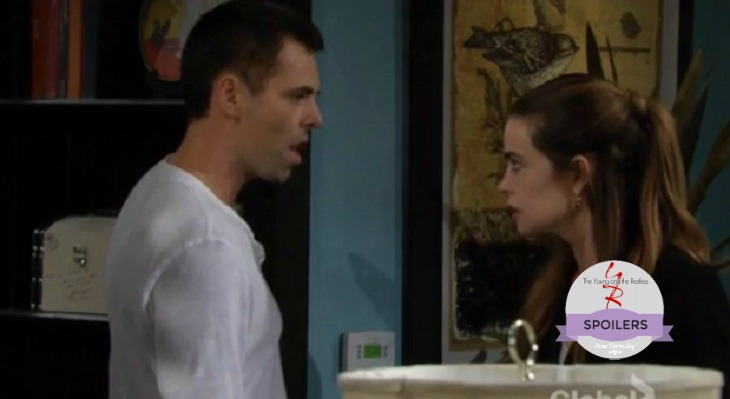 “The Young and the Restless” spoilers for Monday, September 19, tease that Summer (Hunter King) will be livid over her mother’s behavior. At the athletic club, Summer tells Nick (Joshua Morrow) that she heard about Phyllis’ (Gina Tognoni) affair on social media. She’s worried about how Jack (Peter Bergman) is taking it.

Nearby, Phyllis gets chased down by a GC Buzz reporter. He wants to know why Phyllis slept with her husband’s brother. Nick intervenes and Summer takes some jabs at her mom. She thinks Phyllis is a hypocrite and snaps that she doesn’t deserve Jack. Phyllis meets up with Nick later and suggests that Summer is right.

Elsewhere, Neil (Kristoff St. John) discusses the foundation with Lily (Christel Khalil) and Cane (Daniel Goddard). They’re concerned about the latest news. Neil recalls when he confronted Devon (Bryton James) and Hilary (Mishael Morgan) about their betrayal. Neil hopes that he can provide some support for Jack.

At the Chancellor mansion, Jack asks why Jill (Jess Walton) stayed silent. She says she didn’t intend for this to happen. Jill didn’t want to make trouble for Jack or Billy (Jason Thompson). Jack accuses Jill of being a coward and hints that this wasn’t about preventing his pain. He brings up the blackmail and warns that Jill will pay the price.

Meanwhile, Victoria (Amelia Heinle) and Billy get into a fight over the scandal. She feels like the kids need to be shielded from the media circus. Billy wants to be there for his children. He doesn’t think Victoria is a great parent either. They bicker until Travis (Michael Roark) kicks Billy out.

Victoria debates the situation with Travis until Jill calls her to Brash and Sassy. When Victoria gets there, Jill starts a meeting about a recent commercial. She’s complaining to Cane and Victoria as Billy walks in. He snaps that he can’t work with his ex and Victoria agrees wholeheartedly.

Back at the club, Neil and Jack chat in the office. Jack says he’s willing to step down from the foundation if need be. Talk turns to revenge and Neil advises against it. He also warns Jack about temptation. It’s easy to be drawn to booze as a way to cope.

Other “Young and the Restless” spoilers say Nick will try to dial down Summer’s rage. At the park, Nick urges Summer to remember that everything isn’t black and white. He thinks that as an adult, Summer should be able to understand that.

Nick’s speech doesn’t change Summer’s opinion. She’s siding with Jack on this. Summer gripes that Nick cheated with Phyllis, too. He states that he has no regrets. Nick and Phyllis got Summer out of it.

At home, Phyllis tries to explain her behavior to Jack. He’s not interested in her point of view. Jack believes he was a fool for not seeing the warning signs. He shouts at Phyllis to get out of his company and give him a divorce.

It sounds like things will be tense between Jack and Phyllis for a while. Is there any hope for reconciliation? Y&R rumors hint that a reunion is possible, but we have to get through Jack’s vengeance first. Stick with the CBS soap for updates on the drama ahead.