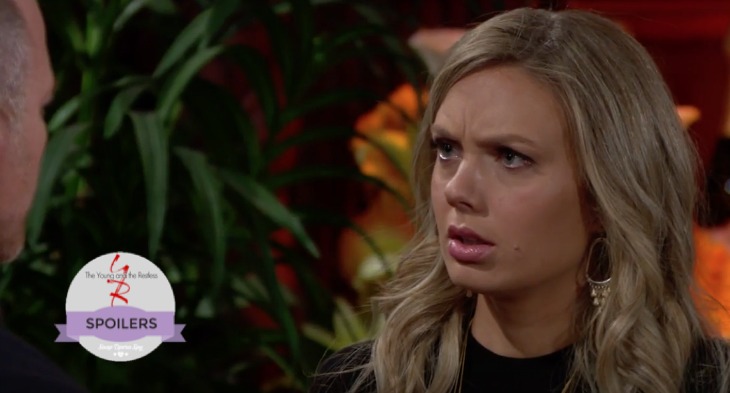 “The Young and the Restless” spoilers for Monday, May 9, tease that Hilary (Mishael Morgan) will gloat about Jack (Peter Bergman) approving her idea. At the athletic club, she points out that having Neil (Kristoff St. John) on her side helped. Devon (Bryton James) recalls Neil’s admission that he was being blackmailed. He tells Lily (Christel Khalil) about the changes he’s seen in his wife.

Lily urges Devon to talk to Hilary and tackle the problem. Devon takes the advice and confronts Hilary about her blackmail plot. She feels like Neil owes her for what he did. He should just be glad to have his freedom. They continue to bicker until Neil arrives. He gives them the news that Cane (Daniel Goddard) overheard the truth. 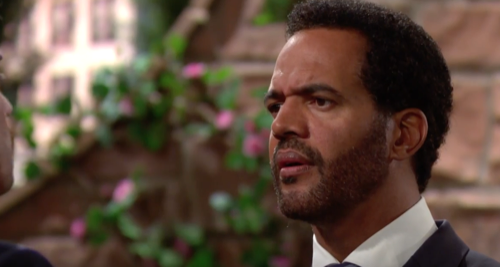 Later, Neil explains the whole story to Cane privately. Cane can’t believe that Neil would keep quiet while Devon was being investigated. He’s stunned when he hears that Devon knows he kept Hilary in the boathouse. Neil expresses remorse and hopes that Cane will keep everything under wraps. Cane insists on telling Lily. They don’t keep secrets from each other anymore. 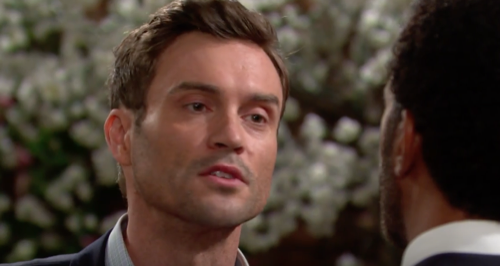 Cane meets up with Lily and gives her updates on what he knows. Lily is shocked and questions how Neil could do this. Meanwhile, Stitch (Sean Carrigan) and Dylan (Steve Burton) search for Max (Jared Breeze). At the lab, Max shows up and overhears Abby’s (Melissa Ordway) conversation with Ashley (Eileen Davidson). 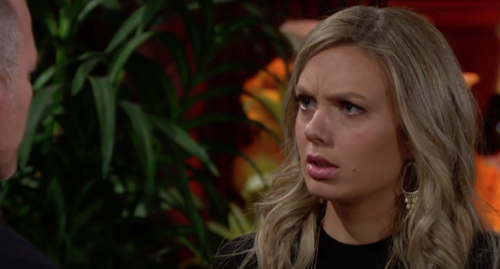 Abby worries about Stitch’s reaction to finding out his son killed their baby. She fears he’ll put Max above their marriage. Dr. Neville (Michael E. Knight) appears and spots Max. Abby leaves and Dr. Neville brings Max in the lab. Max is panicked over going to jail. Ashley asks Max to tell her what’s wrong.

Max admits that he staged Abby’s fall, but says he only meant it as a prank. Now Max is afraid of what’s going to happen to him. Ashley gives Max a hug and sends him to wait elsewhere. She confides in Dr. Neville that she doesn’t think this was a prank at all. It was an elaborate scheme and Max knew Abby’s baby could die. “The Young and the Restless” viewers can tell that something is seriously wrong with this kid.

Across town, Abby learns that Max is missing and Stitch says she shouldn’t pretend to care about his son. He rants about Abby trying to act like Max is evil. Abby just feels like Max needs professional help. Ashley calls Stitch and lets him know that Max is at the lab. After Stitch heads off, Abby tells Dylan that Stitch is in denial.

You Might Also Like —> Evidence Shows Max Started Fire, He Runs Away – Phyllis Jealous – Cane Learns Neil Was Hilary’s Kidnapper

Back at the lab, Ashley informs Stitch that she believes Abby was right about Max. She feels like Stitch should talk to his son, but he should try to think like a doctor. In Ashley’s office, Max confesses that he caused Abby’s tumble. Stitch promises that it will never change the fact that he loves him. 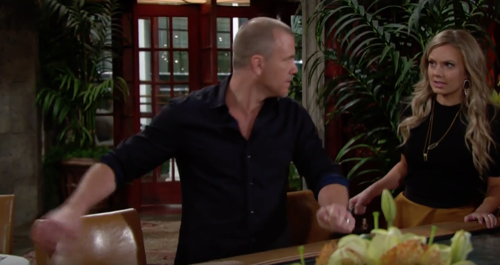 Dylan and Abby figure out where Max might be. They show up at the lab and Ashley fills them in. Abby rushes in the office as Max tells Stitch they have to go. He fears the cops are coming. Abby declares that Max isn’t going anywhere. Y&R rumors hint that all of this stress could tear Stitch and Abby’s relationship apart. Stick with the CBS soap to see if they’ll get through this or fail miserably.