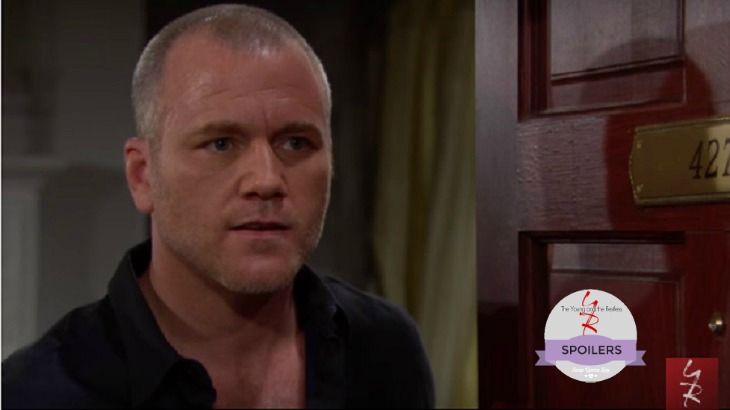 “The Young and the Restless” spoilers for Monday, May 9, tease that Stitch (Sean Carrigan) and Abby (Melissa Ordway) will have a heated discussion. When Abby gets the news that Max (Jared Breeze) is missing, Stitch will lash out at her. He’ll tell Abby not to pretend like she suddenly cares about his son.

Abby will likely insist that she’s concerned about Max’s safety as well as his mental health. She’ll think Stitch needs to accept the fact that Max needs help. He clearly has serious issues that need to be addressed.

Stitch may try to throw the blame back on Abby. He might suggest that Abby drove Max down this path by expecting the worst of him. Whether they find Max soon or not, this family has major problems. They may not be able to overcome all of the obstacles they face on a daily basis. Y&R rumors hint that things aren’t looking hopeful.

Meanwhile, Devon (Bryton James) will rip into Hilary (Mishael Morgan) for deceiving him. Hilary thought she could toss a few threats toward Neil (Kristoff St. John) and get whatever she wanted. Unfortunately, that plot might get derailed by Devon. Monday’s preview shows Devon saying, “I know that you blackmailed Neil and you’ve been lying to my face about it.”

Hilary probably won’t be too worried. It seems like she isn’t afraid of anyone or anything these days. Hilary typically does what she wants and expects Devon to get on board. Devon will scold Hilary and urge her to change her ways, but can he really get through to her? Stay tuned to see what’s ahead for this couple.

Other “Young and the Restless” spoilers indicate that Neil will question Cane (Daniel Goddard) about his plans. Cane found out that Neil kidnapped Hilary and he’ll have to decide what he’s going to do with the shocking information. Neil will wonder if Cane intends on spilling his secret to the whole world.

Cane will reply that there’s only one person he’s going to tell. Does Cane want to share this with Lily (Christel Khalil) so there won’t be any secrets between them? Stick with the CBS soap for updates on Cane’s next move.